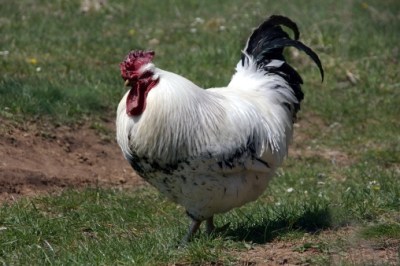 Source: Thinkstock
Sanderson Farms Inc. (NASDAQ: SAFM) reported fourth-quarter and full fiscal 2012 results before markets opened this morning. The poultry processing firm reported diluted earnings per share (EPS) of $0.41 on revenues of $648.4 million. In the same period a year ago, Sanderson Farms reported a net loss of $0.97 per share on revenue of $559.8 million. Today’s results compare to the Thomson Reuters consensus estimates for EPS of $0.32 and $635.75 million in revenue.

The fourth quarter of fiscal 2012 marked the end of another challenging year for Sanderson Farms and the poultry industry. We reported record annual sales of $2.386 billion, a 20.6 percent increase over fiscal 2011. However, while poultry markets improved compared to fiscal 2011, grain prices surged to record levels during August as a result of drought conditions across much of the corn belt. As a result, the improvement in poultry market prices was offset in part by higher feed costs. Our increased sales and return to profitability during the year reflect higher production as we completed the ramp up to near full production at our Kinston, North Carolina, facility.

The company did not offer first-quarter or full-year guidance, but the CEO did say that he expects demand from the company’s food service customers to remain soft, leading the firm to adopt a 2% production cut, which it had announced in August, to be left in place for the entire 2013 fiscal year. The consensus estimates for first-quarter call for a net loss of $0.51 per share on revenues of $559.75 million. For the full year, EPS is forecast at $2.17 on revenues of $2.49 billion.

Expectations for 2013 are essentially based on continuing higher feed costs and lower production. Competitors Tyson Foods Inc. (NYSE: TSN) and Pilgrim’s Corp. (NYSE: PPC) face the same market forces, so 2013 could be a tight year for all these producers.

Shares are down fractionally in premarket trading this morning, at $49.75 in a 52-week range of $36.11 to $55.87. Thomson Reuters had a consensus analyst price target of around $48.80 before today’s results were announced.