'Captain America: The Winter Soldier' Holds on to Top Spot in 2014 Ticket Sales 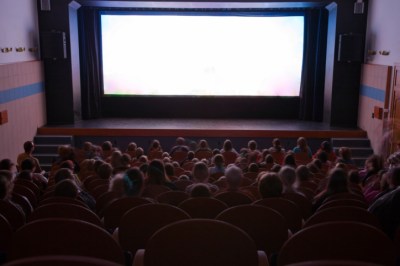 Source: Thinkstock
The new “Transformers: Age of Extinction” from Viacom Inc.’s (NASDAQ: VIA) Paramount Pictures may have had a colossal first weekend based on ticket sales. However, it has a very long way to go to catch “Captain America: The Winter Soldier” in ticket sales for the year. The latest Captain America installment, produced by Walt Disney Co.’s (NYSE: DIS) Buena Vista, has posted total ticket sales of $227 million. It was released on April 4.

“Transformers: Age of Extinction” sold $138 million in its first week in theaters. However it is not unusual for ticket sales to drop 50% or more in the second week after release. Of course, the numbers could be worse. According to Box Office Mojo:

The fourth installment in the Transformers franchise opened just over $100 million this past weekend. That’s the fourth movie this Summer to debut north of $90 million (a new record). The other three all dropped at least 61 percent in their second frame; meanwhile, 2009’s Transformers: Revenge of the Fallen received similarly poor reviews and fell 61 percent over the Fourth of July weekend. It’s likely that Age of Extinction winds up in the same range, which would put it just below $40 million.

Action movies continue to lead box office sales this year. Along with most recent Captain America and Transformers films, among the top ten highest grossing movies of the year are “X-Men: Days of Future Past” from Twenty-First Century Fox Inc. (NYSE: FOX) at $225 million, “The Amazing Spider Man 2” from Sony Corp. (NYSE: SNE) at $200 million and “Godzilla” from Time Warner Inc.’s (NYSE: TWX) Warner Bros. at $197 million.

ALSO READ: Holiday Weekend Movie Box Office Could Be Another Win for the Transformers