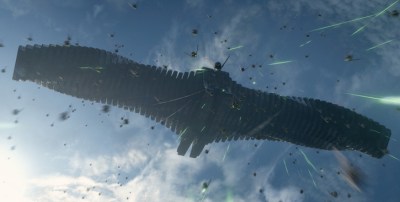 Source: The Walt Disney Co.
The first weekend of August is now behind us and we have a new, all-time leading August movie release weekend champion. Marvel’s “Guardians of the Galaxy” grabbed $94 million in U.S. box office sales this weekend to topple the previous record-holder from August of 2007, “The Bourne Ultimatum” which opened with $69.3 million.

After a glance through the top 20 movies of the summer, we thought it would be interesting to see how the stock prices compare with U.S. ticket sales for the summer movie season that runs from the first of May through the Labor Day weekend.

As Box Office Mojo notes, a year ago hardly anyone knew anything about the Guardians, and one more remarkable aspect of the weekend’s box office receipts is that the movie opened to bigger crowds than sequels to other franchise characters like Spider-Man and X-Men. Only “Transformers: Age of Extinction” and “Captain America: The Winter Soldier” had bigger opening weekend sales, with $100 million and $95 million, respectively. The fourth Transformers movie is the second of the series to top $1 billion in worldwide ticket sales, having passed that number this past weekend on the strength of $300 million in sales to China’s moviegoers.

ALSO READ: Is Sylvester Stallone Too Old for the Movies?

Both the Captain America sequel and the Guardians were released by Buena Vista, a wholly-owned subsidiary of Walt Disney Co. (NYSE: DIS). The Transformers movie was released by Paramount, a subsidiary of Viacom Inc. (NASDAQ: VIAB), which also released “Hercules” (2014) in July.

Of the top 20 summer box office hits, Disney claims three, “Maleficent” starring Angelina Jolie, the Guardians, and “Planes: Fire & Rescue.” Since the first of weekend of May, these three films have poured more than $376 million into Disney’s coffers.

Paramount’s Transformers is the top box office attraction of the summer with $241.2 million in ticket sales since opening on June 27th. “Hercules” is Paramount’s other entry in the top 20, and the two together have totaled $$293.5 million. At just over $52 million for two weekends, the studio must be disappointed that “Hercules” has not done better in its U.S. release and hoping for better worldwide ticket sales.

ALSO READ: Why Disney Shares May Be Headed Up to $100, With or Without Star Wars

Lions Gate Entertainment Corp. (NYSE: LGF) did not place a movie on the summer list of top releases until slot number 27 with its documentary “America” (2014), which has tallied just $14.1 million since its release on June 27. Universal’s biopic of James Brown, “Get On Up,” opened with $14 million this weekend and will easily pass the Dinesh D’Souza documentary this week.

Contrary to the top box office ranking, Lions Gate’s stock has appreciated more than any other studio since May 1. Shares are up nearly 20%, more than double the hike in shares of runner-up Disney. Comcast (Universal) is up about 4.8% and Sony is up about 1%. Viacom and Fox are both lower by about 1.4% and 2.1%, respectively.

The big surprise from the success of “Guardians of the Galaxy” this past weekend is that we may have just seen the birth of the next Spider-Man or Captain America comic-book hero franchise. That’s something that Disney is looking forward to, and now millions of us are looking forward to that as well.