Can SodaStream Really Get Bought at $40? 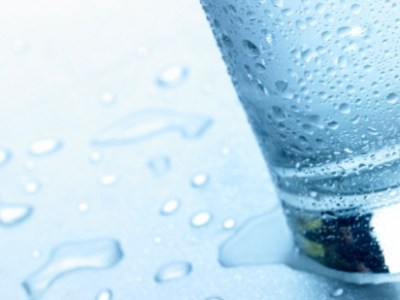 Source: Thinkstock
With all the news and hope around SodaStream International Ltd. (NASDAQ: SODA), it may be of little surprise that news has surfaced that the company could be taken private at $40 per share. There is just one problem here by our own take – the company might not be able to be acquired at $40 or anywhere close to it.

The first problem that has faced SodaStream in the current situation is that it has morphed from an aggressive growth story to one where investors talk about value. There is honestly nothing at all wrong with this. It happens to most companies eventually. Still, the transition period is often painful.

With so many shareholders having bought into this major growth story at higher prices, SodaStream could end up being sued to no end if it was to agree to such a $40 purchase price. Go review a 5-year chart (actually 4-year) and you will see where the potential problems are. In 2011 the stock rallied from under $30 up to above $70 – only to come all the way back down to $30. After bumping between $30 and $40 for most of 2012, the stock rose from the mid-$30s back to above $70 in mid-2013. The last drop took much longer to get back down to under $30 but it did occur.

Anytime you have a run higher followed by a sizable correction – around 60% each time – you end up with a scenario where many shareholders accidentally get trapped in the stock. Some of those shareholder will never sell. They will only talk about the future growth, the value, the future partnership opportunities, and a dozen other things that support their thesis.

The real change was the Coca-Cola Company (NYSE: KO) minority stake and partnership with Keurig Green Mountain, Inc. (NASDAQ: GMCR). It was the Coke-Green mountain deal that made one of SodaStream’s potential futures evident – that PepsiCo Inc. (NYSE: PEP) or Starbucks Corp. (NASDAQ: SBUX) should buy SodaStream. After all, they could buy the entire SodaStream company outright for a fraction of what Coca-Cola did.

Two roadblocks could exist here to a partnership or buyout from either would-be company. Bevyz has Pepsi pods already, and Starbucks has slowly been migrating into the fizz market anyway. With the exception of the Teavana purchase, we have found that Starbucks would rather go it alone even if it has had partnerships in the past.

So, does a private equity buyer want SodaStream? Perhaps. Any deal to do with SodaStream likely has to have management support, and it is also a cross-border deal as SodaStream is headquartered in Israel. SodaStream’s revenue model is also changing, migrating from one dependent solely on new sales and market expansion into one of recurring revenues.

On a traditional valuation basis, SodaStream had gotten down to about 15-times expected earnings for 2014 and closer to 13.5 times expected earnings for 2015. Any private equity buyer is not going to use a P/E ratio as a final basis, but it is safe enough to assume that this is not exactly expensive by any serious measure. SodaStream could also juice earnings handily if it could reign in its promotional and general administrative costs.

SodaStream shares were up 9% at $31.60 about 45 minutes prior to the close on Thursday, and volume was ten times normal at almost 11 million shares trading hands. Still, SodaStream traded up as high as $36.50 on Thursday at the peak of the news-break buying frenzy.

Can SodaStream get a $40 go-private transaction offer? Sure. Can it accept and consummate a $40 go-private deal? That is another answer entirely, and one that is not so easy to answer in a yes/no manner.

Keep in mind that SodaStream’s market cap is currently $665 million. That is even after the pop of nearly 10%. The size of the acquisition would be small enough that dozens of private equity backers could do a deal with SodaStream management. They just have to somehow convince longer-term shareholders to go along with it or to at least keep them from causing too much noise along the way.