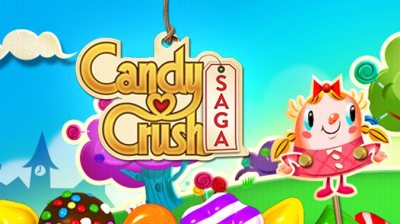 Everywhere you go, you see it in public. On airplanes, in restaurants, at the mall, kids and young people furiously banging away on a smartphone or tablet playing a video game. The mobile gaming trend is huge, and a new research report from the analysts at Cowen offers two stocks — Glu Mobile Inc. (NASDAQ: GLUU) and King Digital Entertainment PLC (NYSE: KING) — that aggressive investors may want to buy before earnings, as they could blow away even Cowen’s lofty expectations.

While they are positive on four gaming stocks that are rated Outperform, the two that caught our eye have gigantic targets. If the Cowen team is even half right, investors who buy prior to third-quarter earnings may be in for a big pay-day.

Glu Mobile is a top mobile gaming stock to buy at Cowen and the analyst says a very bad blog report on the stock that was filled with inaccuracies trimmed a quick 10% off the stock recently. Cowen is estimating $88 million in revenue for the quarter, above the Wall Street estimates of $85 million. Glu Mobile remains one of the firm’s top investment ideas going forward, as the company is now reaping the success of the moves that it made in its past product cycle to monetize its games in a better and more efficient manner.

Glu Mobile’s strategy of focusing on leveraging platform strength and creating long-term gaming franchises has proved profitable. The acquisition of Cie Games has added new product to the line-up like Racing Rivals, to go along with the fantastic success of the Kim Kardashian: Hollywood game, which was a summer blockbuster. The company also recently re-upped the deal with Ms. Kardashian.

The Cowen price target for Glu Mobile stock is a gigantic $10. The Thomson/First Call consensus target is also lofty $7.82. Shares closed trading on Thursday at $4.45. The company is expected to report earnings on October 29.

King Digital has tortured investors with everything from a lousy IPO to a huge special dividend return of capital that crushed the share price. The fact of the matter is the company’s numbers speak for themselves, as they dominate much of the mobile gaming arena. The Cowen team estimates $380 million in mobile revenue for the quarter, and total revenue of $523 million (including Facebook).

The analysts are also of the opinion that King may very well report upside to their estimates based on improved chart performance in September versus July and August. With four titles in the top ten (Candy Crush, Farm Heroes, Pet Rescue and Bubble Witch 2) and the September launch of the very popular Diamond Digger Saga steadily climbing and recently reaching the top 20, the numbers have been very solid. Plus, a new Candy Crush Soda Saga should be launched sometime this quarter.

The Cowen price target for King Digital is a staggering $27, and the consensus target is posted at a very respectable $17.50. Shares closed trading on Thursday at $12.11. The company is expected to report earnings in early November.

Again, if the Cowen analysts are only half-right, these are huge home run trades. It should be noted that these are both very volatile stocks and only suitable for very aggressive and risk-tolerant accounts. With some time for investors to evaluate before earnings reports, and the market extremely volatile, caution in purchase points is stressed.