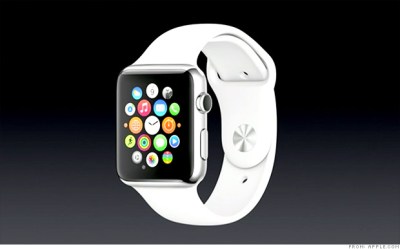 Source: courtesy of Apple Inc.
In the wake of the successful launch of the new iPhones, short sellers got out of the way of Apple. Its short interest plunged nearly 30% between the September 15 and September 30 settlement dates. While Apple was slipping down the list of the most shorted stocks on the Nasdaq, it passed Microsoft on the way up, with a 30% surge in short interest.

The rest of the most shorted stocks were the usual suspects, and the top five all had short interest of more than 100 million shares at the end of the period.

The number of Sirius XM Holdings Inc. (NASDAQ: SIRI) shares short increased by about 5.70 million to more than 249.84 million, which was 10.3% of the float. Before this, short interest had been shrinking since the end of June, and now it would take more than six days to cover all short positions. Sirius lost a royalties-related suit during the period. The stock’s price fell less than 3% in the two-week period and has pulled back further since. Shares closed at $3.28 on Thursday, in a 52-week range of $2.98 to $4.18.

In the period when it announced management changes, the short interest in Frontier Communications Corp. (NASDAQ: FTR) slipped a bit from the previous period to around 148.04 million shares, or 14.9% of the telecom’s float. That was the fewest number of shares short in the past year. It would take more than 18 days to cover all short positions. Shares rose more than 2% in the two-weeks to September 30 but have pulled back since. Shares closed at $5.93, in a 52-week range of $4.24 to $7.24.

Intel Corp. (NASDAQ: INTC) saw little movement in short interest. Some 124.18 million shares were short at the end of the period. That totaled 2.5% of the company’s float, and it was the smallest number of shares short in at least a year. The days to cover was more than four. Intel has been one of the best performing Dow stocks this year, but short sellers watched the share price essentially stall in the two-week period. Shares ended Thursday at $33.62, in a 52-week range of $22.82 to $35.56, but still up more than 32% year-to-date.

Micron Technology Inc.’s (NASDAQ: MU) short interest, at around 105.00 million shares at the end of the month, was down less than 2% from the previous period. And it was 9.9% of the total float. The days to cover dropped to less than four. Micron reported better-than-expected fourth-quarter results. Shares closed Thursday at $30.64, in a 52-week range of $16.17 to $34.85, and Micron posted a share price gain of about 14% for the two-week short-interest period.

The number of Microsoft Corp. (NASDAQ: MSFT) shares short jumped more than 30%, the largest gain among those stocks featured here, and its highest level in at least a year. The 100.34 million shares short at the end of the month represent 1.3% of the float. It would take more than two days to cover all short positions. Microsoft was another of the best-selling Dow stocks of the year. The stock was essentially flat in the two-week period and closed at $45.85 Thursday, in a 52-week range of $33.57 to $47.57.

ALSO READ: Sprint Drops From the 5 Most Shorted NYSE Stocks