Is Buffett Stealing Duracell From P&G? 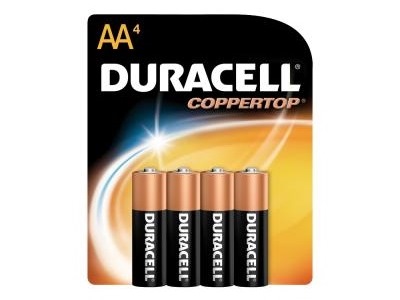 Source: courtesy of Procter & Gamble Co.
When Procter & Gamble Co. (NYSE: PG) reported third-quarter results in late October, the firm said it was getting out of the battery business by selling its share of Chinese joint venture and — probably — spinning off its Duracell business. On Thursday, P&G said that it will execute a split transaction in which it will exchange a recapitalized Duracell Co. for the shares of P&G’s stock now held by Berkshire Hathaway Inc. (NYSE: BRK-A).

Berkshire Hathaway owned about 1.95% of P&G’s outstanding stock at the end of August, and the shares were valued in Thursday’s announcement at about $4.7 billion. But Warren Buffett’s conglomerate will get some help from P&G, which will contribute approximately $1.8 billion in cash to a recapitalized Duracell. P&G completed the sale of its share of the Chinese joint venture earlier this week.

Buffett had this to say about his latest acquisition:

I have always been impressed by Duracell, as a consumer and as a long-term investor in P&G and Gillette. Duracell is a leading global brand with top quality products, and it will fit well within Berkshire Hathaway.

In our review of Buffett’s top 10 holdings, we noted that P&G was actively seeking to shed 90 to 100 of its brands in order to focus on core brands and earnings. Duracell’s 2013 sales totaled $2.2 billion to lead the battery market, less than 10% of net sales in P&G’s Fabric Care and Home Care division. The division’s net earnings in 2013 totaled just over $3 billion in a division that includes brands like Dawn, Downy, Tide and Febreze.

ALSO READ: The 5 Most Revered DJIA Stocks Since the V-Bottom

In its 2013 annual report, P&G noted that its batteries business was one of just three in which the fair value significantly exceeded the recorded value. The company said that the estimated fair value of its batteries business continues to exceed its underlying carrying value, although the cushion had been cut by about 5%. As of June 30, 2014, the batteries business had goodwill of $2.6 billion and intangible assets valued at $2.4 billion, and P&G has since taken a non-cash, after-tax impairment charge of $932 million ($0.32 per share) to adjust for the carrying value and indefinite-lived intangible assets of Duracell.

A spin-off of Duracell might have been more to the liking of investors, but given the still-high valuations of goodwill and intangibles, P&G was never likely to strike a satisfactory deal. Buffett’s offer, although it results in a nominal payment of $2.9 billion for Duracell, was probably the best P&G could realistically hope for. It remains to be seen how investors will react, particularly William Ackman who was instrumental in putting P&G’s current CEO back in the corner office.

P&G will take a non-cash charge of about $0.28 per share in the current (second fiscal) quarter to adjust its Duracell goodwill and tangible assets to the expected after-tax transaction value. The deal is expected to close in the second half of 2015.