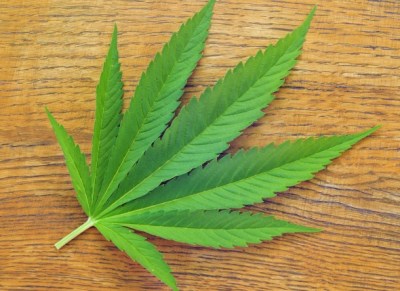 A report in the Los Angeles Times noted that investigators have found more than 135 dams and diversions in the state’s rivers and streams resulting in the theft of about 5 million gallons of water for marijuana growing operations. Under the new law fines for dumping hazardous materials into the state’s waters may go as high as $40,000, with fines of up to $10,000 for cutting trees or killing animals.

Here’s a rundown on other stories related to marijuana that made news this week.

Cannabis: Silicon Valley Hot New Sector
Wearing a straw hat and a big grin, farmer Casey O’Neill is busy greeting customers at a Saturday farmers’ market in Mendocino County, Northern California. “Another day in paradise,” he calls out, as one approaches. Fresh broccoli, courgettes and spring onions are on display on his table, all grown at his farm.

Next to the vegetables is a different kind of crop: mason jars full of marijuana buds, bearing handwritten labels such as “Lemon OG” and “Ogre Berry”. A bong sits at the front of the table, for sampling. “Wow, is that really grown outdoors?” says one shopper who takes a hit. Cannabis-infused honey, lip balm and chai tea are for sale at nearby stands.

Read More at the Financial Times.

NYC Sees Surge in Use of Synthetic Marijuana, Complicating Efforts To Deal with the Homeless
Ignoring the police officers standing down the block and the disingenuous fine print on the foil packet peeking out of his front pocket — “Warning: Don’t Smoke” — a homeless man openly lit up a synthetic marijuana joint and explained why it’s not like the real thing.

“It’s a zero-to-60 high,” said the 47-year-old, who gave his name only as J.C. because of his frequent run-ins with the law. “I’ve done plenty of drugs in my life, and it only compares to dust,” he said, referring to PCP. “But it doesn’t last as long.”

DEA Admits Heroin Is More Dangerous than Marijuana, Congressman Blumenauer Urges Reclassification
Congressman Earl Blumenauer has been one of the most prominent elected officials fighting for sensible marijuana laws for over forty years, going all the way back to his state legislator days in the early 1970s when he helped Oregon become the first state to decriminalize cannabis. Portland’s Representative certainly hasn’t slowed down on his support for cannabis law reform, if anything he has been ramping up his responsible approach, sponsoring important legislation and introducing good idea after good idea. Representative Blumenauer has done a great job working across the aisle and the political spectrum to work on needed reforms, such as expunging old marijuana convictions, taxes, banking and ending federal prohibition of marijuana. I am very excited to get to ask Rep. Blumenauer about the very latest in federal marijuana reforms at the Oregon Medical Marijuana Business Conference as he is always very informative, entertaining and he provides great tips to activists on how we can help his work federally and across the country.