U.S. Income: The Lost Decade Just Ended and the One About to Begin 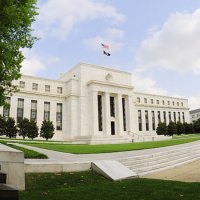 Several economists have described the past 10 years of the U.S. economy as a “lost decade” for the middle and lower classes. Very little has been said about the decade ahead, which is on a trajectory to be as bad as the 200o to 2010 period. The statements about the past were a reaction to new poverty figures for last year. Data show that median household incomes fell to 1997 levels. More than 46 million Americans lived in poverty as of last year.

The New York Times reports that Lawrence Katz, an economics professor at Harvard, said, “This is truly a lost decade. We think of America as a place where every generation is doing better, but we’re looking at a period when the median family is in worse shape than it was in the late 1990s.”

It is hard to make a case that the Americans, other that those economically well off, can work their way out of the downturn anytime soon. The Federal Reserve and White House Budget Office have already admitted that unemployment will remain above 8% through 2013. That gives employers significant leverage on wages, and most workers almost none. Many companies still rely on improved productivity to keep payrolls lower than they were at the start of the recession. It would take a surge in consumer and business activity to change this trend.

For most Americans, the greatest enemy to renewed prosperity is the drop in the value of their homes. The equity built up over the 2002 to 2006 period is gone. And the temporary increase in the value of houses apparently did little to increase standards of living. Or, if it did, the effect was washed away in the past four years.

The fundamentals of the U.S. economy show no signs of change. Whatever jobs package may come out of Washington is likely to be ineffective if there is a compromise between the Administration’s proposal and Republican objections. Even a jobs bill that invests $400 billion into the U.S. economy may not be enough to get American businesses to change their own austerity programs.

There is very little to support a forecast that says the period from 2010 to 2020 will be a better one for America’s middle and lower classes than the decade just ended.