Nine Cities Where Wealth Is Soaring 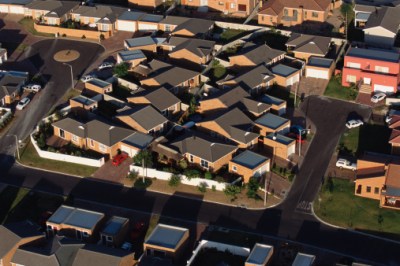 Source: Thinkstock
The United States is still slowly recovering from the recession, and incomes across the nation have declined in recent years. Nationwide, median household income was $51,771 a year during the three-year period of 2010 to 2012, a decline of 5.8% compared with the previous three-year period of 2007 to 2009, when the U.S. median household income was $54,951 a year.

The economic recovery is not uniform across the country, as some cities have weathered the financial crisis better than others. Median incomes increased by more than 15% in nine U.S. cities between the three-year periods of 2007 to 2009 and 2010 to 2012, according to the latest data from the U.S. Census Bureau. A typical New Bern, N.C., resident earned 25.3% more between 2010 and 2012 compared with the prior three-year period of between 2007 and 2009.

Click here to see the nine cities where wealth is soaring

Unsurprisingly, the poverty rates in many of these towns improved with rising median household incomes. The proportion of residents living in poverty declined by more than six percentage points in two of the cities on our list, West Lafayette, Ind., and Manhattan, Kan. The poverty rate in all but one city on our list declined, versus a nationwide increase of more than two percentage points.

One factor that may have helped median incomes in these cities grow is the fact that incomes were often low to begin with, Austin Nichols, Senior Research Associate at the Urban Institute, told 24/7 Wall St. Because of the beginning low base income, “A $1,000 change in some places is going to be effectively 0% change and in some places it’s going to be a [much] higher percentage change,” Nichols said. With the exception of Bentonville, Ark., all the cities with the largest income gains were in the bottom quartile for income nationwide between 2007 and 2009.

Still, income changes in some of these places have actually been quite large, even when measured in dollar terms. All but one of the nine cities where wealth has soared had among the 15 largest dollar changes in median income. Just three of these nine cities were still in the bottom quartile for income between 2010 and 2012.

Education is among the industries less likely to suffer from a recession, Nichols told 24/7 Wall St. Large universities tend to offer more stable employment than many other sectors. According to Nichols, “Universities and usually governments are countercyclical,” which means institutions like “public administration and education are more protected from the recession.” Manhattan, Kan., Stillwater, Okla., Nacogdoches, Texas, and West Lafayette, Ind., are all homes to large public universities. The presence of colleges in many cities may also have contributed to lower median incomes, since few students hold full-time jobs while at school.

To identify the cities with the biggest increases in wealth, 24/7 Wall St. reviewed the U.S. Census Bureau’s American Community Survey (ACS) 2012 three-year estimates. Three years’ worth of data (2010 to 2012) allow for the review of smaller cities. Checking the Census Bureau’s comparison table for statistical significance, we compared this three-year period to the 2007 to 2009 period. The cities with populations of 25,000 or more with the largest percentage increase in household median income made our list. Worth noting, Urban Institute’s Nichols said that large changes may be statistically significant “even if they are primarily due to measurement error.” To be consistent, we used three-year averages for national figures as well. In addition to income figures, we collected home values, poverty and employment by industry, all using the ACS. We reviewed annual average unemployment rate figures over the past six full years from the U.S. Bureau of Labor Statistics.

These are the cities where wealth is soaring.