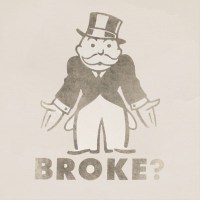 Payday loans — small, short-term loans secured against a customer’s next paycheck — are highly controversial. A new study from Pew Charitable Trusts explains that opponents believe the practice “preys” on people who, because of the high interest rates and other fees, struggle for months to repay loans promoted as lasting a few weeks. Proponents of the practice claim it provides fast relief for “underserved people.” According to the Pew study, roughly 5.5% of Americans borrowed against their paychecks between 2005 and 2010.

Read: Nine States with the Most Payday Lending

The prevalence of payday loans and legislation regulating them vary from state to state. Several states prohibit payday loan storefronts altogether, suggesting that the loans take advantage of low-income borrowers. However, the practice either is tolerated with restrictions or is relatively unregulated in most of the country. In several states, more than 10% of adults reported taking out a payday loan at least once in the last five-years. Based on the Pew report, 24/7 Wall St. identified the nine states where the highest percentage of residents had taken out payday loans.

Pew identified three categories of payday loan regulation. “Restrictive” states either outlaw payday loans altogether or legislate a low maximum interest rate that makes the business unattractive for lenders. States that allow the practice but have strict regulations on at least one aspect of it — be it the rate, term or amount of loans allowed — are “hybrid” states. Those states that have fewer restrictions and allow charges of 15% or more of the borrowed principal are “permissive.”

According to Pew, the results of effective regulation are significant. “In states that enact strong legal protections, the result is a large net decrease in payday loan usage,” the report found. In the states labeled as restrictive, usage of payday loans is 75% lower than in permissive states. 24/7 Wall St. found that the states with the highest percentage of residents who reported using payday loans were overwhelmingly permissive states.

In the country, 28 states are permissive, eight are hybrid and 15 are restrictive. However, of the nine states on our list with the highest rates of payday lending, eight are permissive, while only one, Washington state, is a hybrid.

One aspect of a payday loan that states tend to regulate is its term. At the end of a term, the borrower is typically required to repay the loan. In many states, the lending period can be as little as seven days, which often leads to borrowers being unable to meet the payment. This forces many borrowers to either pay a fee to extend the loan or pay off the loan and immediately take out a new one. It is also why the average loan period is five months, according to Pew.

“The reason why payday loans end up having very high costs is not because of a long duration. It’s because they generally have a short duration, and the borrower keeps reborrowing,” Alex Horowitz, research manager for the Pew State Small Dollar Loan Research Project, told 24/7 Wall St. Five months of debt is particularly expensive because borrowers regularly take out up to eight separate loans in order to roll over or renew the original debt.

24/7 Wall St. also reviewed the number of payday lending storefronts in each state. While not always the case, states with higher percentages of the population reporting use of payday lending also had more storefronts available per 10,000 households. Horowitz explained that “people that live in a state that has storefronts — meaning a permissive or a hybrid state — are 169% more likely [to use payday loans] than someone living in a restrictive state.” As an example, in “restrictive states we see about 2.9% usage, and we see over 6% in hybrid and permissive states.”

A review of the nine states on our list — those with the highest rates of payday loan usage — shows that many of these states also have larger proportions of the groups Pew identified as more likely to use a payday lender. Six of the nine states have among the 10 lowest proportions of their population with a college degree. Five of the nine are among the 10 states with the lowest median income, and only one state is in the top third for median household income.

24/7 Wall St. reviewed the findings of the Pew Charitable Trust’s Safe Small Dollar Loan Research Project, “Who Borrows, Where They Borrow, and Why?” The report surveyed Americans in 2010 to determine the percentage of state residents that had taken out payday loans in the past five years. It also conducted phone interviews with thousands of individuals who reported they had taken out the loans in order to identify the reasons for their use, as well as the borrowers’ experience with them.

Pew also included state regulation governing payday lending based on a report by the National Conference of Legislators, including limits on length of term, size or interest rates on the loan, and any limits on fees. In addition to data provided by Pew, 24/7 Wall St. examined unemployment rates for 2010 from the Bureau of Labor Statistics and income, family type and education attainment (all for 2010) from the U.S. Census Bureau. 24/7 relied on the Center for Responsible Lending for a variety of information on payday loan policies within each state, as well as the number of payday lending storefronts by state.

These are the nine states with the most payday lending.