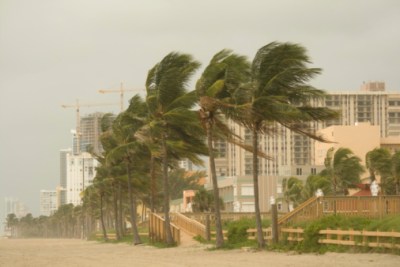 Source: Thinkstock
Natural disasters in the United States, such as floods, hurricanes, tornadoes and wildfires, are becoming more common and more costly, both in dollar terms and in terms of lives lost. And while 2013 did not surpass 2012 in the number of these events, the cyclical nature of disastrous events does not indicate that 2014 will be an even milder year. Research firm CoreLogic Inc. (NASDAQ: CLGX) published on Wednesday its review of the past year’s natural disasters and its analysis of the risks going into next year.

Flooding was also relatively moderate in 2013, with the exception of the September floods near Boulder, Colo., which are estimated to have caused $2 billion in damage and damaged or destroyed 19,000 homes. Coastal flooding in the Mid-Atlantic states was limited to 56 reported events in 2013, up from 35 in 2012, but far below the total of 454 in 2011. Compared with the $100 billion cost of Hurricane Katrina in 2005 and the $60 billion cost of Hurricane Sandy last year, 2013’s flood damage is limited almost entirely to the Colorado flood.

There were fewer tornadoes in 2013 than in any year in the past decade, according to CoreLogic. As of late October, there were 710 tornadoes in the U.S. this year, 229 fewer than in any of the previous 10 years. The May storm in Moore, Okla., took 24 lives and a second tornado in El Reno, Okla., claimed another 13 lives less than two weeks later. A damage estimate from a risk modeling firm put insured losses from the storm in Moore at $2.0 billion to $3.5 billion. The El Reno storm struck a more rural area so the damage was less severe. Although tornado events are well below the 10-year average, CoreLogic points out that the risk from future storms is “tied not only to the frequency of storms, but also to the possibility of individual storms to increase in size, speed, and severity.”

The 2013 wildfire season was also the lowest in 10 years, with about 40,000 reported fires, compared with a 10-year average of about 63,000. The massive Rim Fire that tore through northern California in August did not result in significant property damage or any loss of life, even though it burned more than 257,000 acres. The much smaller Yarnell Hill fire in Arizona burned just 8,400 acres but destroyed 129 homes and resulted in the deaths of 19 firefighters. The low number of fires and second-lowest number of acres burned over the past 10 years only increases the wildfire risk for succeeding years because the fuel load has very likely increased in those areas that did not suffer any fires this year.

The CoreLogic research also reviewed the incidence of sinkholes, with a particular focus on Florida. There were three sinkhole events in the state in 2013, resulting in one death and the destruction of a popular tourist resort and two houses. CoreLogic has identified 23,000 sinkholes in Florida, and it notes that residents can continue to expect future property damage as a result of sinkhole activity.

Total property damage from natural disasters totaled more than $110 billion in 2012, including $60 billion in losses related to Hurricane Sandy. The National Oceanic and Atmospheric Administration (NOAA) reckons that the United States has sustained 144 weather/climate disasters between 1980 and 2012 where overall damages/costs reached or exceeded $1 billion (including CPI adjustment to 2013). The total cost of these 144 events exceeds $1 trillion.

No one can predict when a natural disaster like the tornado that hit Moore will occur. But it is possible to assess certain levels of risk from their occurrence. In September of 2012, CoreLogic identified 740,000 residences across 13 western states at high or very high risk of wildfire damage. The total property value of those homes exceeds $136 billion. Between 2000 and 2008, an average of 2,500 homes were destroyed by wildfires. Building more homes in areas prone to wildfires only increases the risks and the potential for property damage and potential loss of life.