Cities With the Most Dangerous Natural Disasters 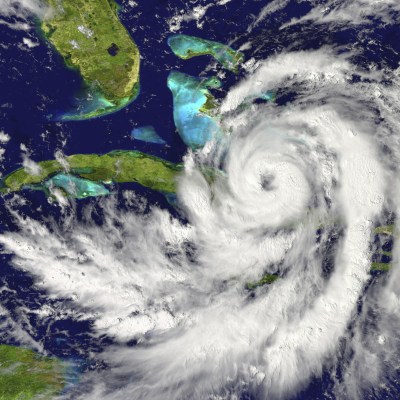 Devastating natural disasters have wreaked extensive property damage across the country in the last decade. Drought conditions have created a series of massive wildfires such as the one in Prescott, Arizona that killed 19 firefighters. This August marked the 10th anniversary of Hurricane Katrina, the deadliest and costliest hurricane in U.S. history. Katrina and Sandy — the devastating storm that stuck the Northeast in 2012 — alone accounted for more than $170 billion in damages. A tornado making landfall in Joplin, Missouri in 2011 killed 158 people. Americans living in certain parts of the country know that such natural disasters can hit at any time, and some risk multiple types of natural disasters. These are the cities with the most dangerous natural disasters.

Click here to see the cities most at risk for natural disasters.

Americans living in the Gulf or the Atlantic Coast are aware that such risk of a hurricane damaging their property exist. Similarly, those living on or near the San Andreas Fault can expect at least a minor earthquake in their lifetimes. These risks, as well as the higher insurance rates that come with them, are one of the factors home buyers make when moving to an area. .

While many parts of the country are at risk of a single type of disaster, these metro areas are exposed to multiple types of events and therefore earn the distinction of having the worst weather in the country. San Bernardino, California residents have a high risk of both wildfires and earthquakes. Fayetteville, North Carolina is at extreme risk of wildfires, earthquakes, and tornadoes.

RealtyTrac vice president, Daren Blomquist, pointed out that rather than suffering from depressed home prices, these areas tend to have fluctuating values. This happens because, despite the risks of disaster, “A lot of people want to live in [these areas] because they tend to be close to the ocean, which is desirable, and maybe close to the mountains, which is also a desirable location.”

With signs pointing to a dramatic increase in meteorological events due to climate change, it might be expected that homeowners may be becoming more discerning about where they buy a home.
However, while increased awareness of the risks of natural disasters may be affecting the decisions of potential homeowners, “at the end of the day, when people are buying a home, it for the most part ties back to jobs and income and wages and affordability as to whether they buy or not,” Blomquist explained.

However, “People certainly should look at natural disaster risk and at least know what their risk is to prepare and have adequate insurance, should that risk become a reality.” When insurance costs start to rise, potential home buyers will be more likely to avoid these high-risk areas, he added. “When the risk really hits their bottom line, that decision is going to become more clear for them.”

These are the cities with the most dangerous natural disasters.