McDonald’s Worker to Attend State of the Union Address 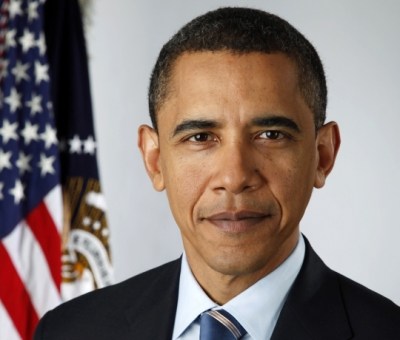 Source: courtesy of the White House
A worker at a Los Angeles McDonald’s Corp. (NYSE: MCD) outlet will attend President Obama’s State of the Union Tuesday evening as the guest of California Representative Linda Sanchez. The White House has indicated that income inequality will be a major, if not the major, portion of his address.

There appears to be widespread agreement that income inequality is a problem, but solutions to the problem vary. The president has proposed a higher minimum wage and he is likely to revive his arguments in favor of raising the federally mandated minimum wage from $7.25 an hour to $10.10, roughly equivalent to the inflation-adjusted minimum wage of $1.25 in 1963. Washington D.C. recently approved an increase in its minimum wage to $11.50, while California, New York, Rhode Island, New Jersey and Connecticut all raised state-mandated minimum wages in 2013.

There have been demonstrations around the country from fast-food workers at McDonald’s; Burger King Worldwide Inc. (NYSE: BKW); Taco Bell, Pizza Hut and KFC stores owned by Yum! Brands Inc. (NYSE: YUM); Domino’s Pizza Inc. (NYSE: DPZ); Papa John’s; and Subway, seeking a minimum wage of $15 an hour. Some workers at Wal-Mart Stores Inc. (NYSE: WMT) have hit the streets demanding a minimum of annual wage of $25,000 (about $12.50 an hour).

Republicans generally oppose an increase in the minimum wage and say that raising employers’ costs leads to fewer, not more, jobs. More conservative elements of the party also are pulling away from the one innovation of the past 40 years that Republicans introduced — the earned income tax credit, which rewards work as a way of reducing poverty.

A study published by the University of California at Berkeley last October found that 52% of families of front-line fast-food workers are enrolled in one or more public assistance programs, more than double the rate of entire U.S. workforce. The cost to U.S. taxpayers according to the study is $7 billion a year. Health care accounts for $3.9 billion of the annual cost through Medicaid and the Children’s Health Insurance Program.