The Wage Hike to $15 Would Cost McDonald's $8 Billion 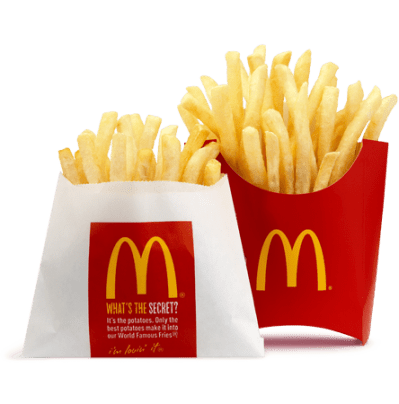 Source: courtesy of McDonald's
It would cost McDonald’s Corp. (NYSE: MCD) and its franchisees more than $8 billion a year in the United States, if its workers received a raise from current wages to the $15 per hour demanded by workers striking in seven cities. The number is just as huge for Yum! Brands Inc. (NYSE: YUM), owner of KFC, Taco Bell and Pizza Hut. The expense of the move to Wendy’s Co. (NASDAQ: WEN) would just as harsh, given its total sales. At Burger King Worldwide Inc. (NYSE: BKW), where the company now franchises some 97% of its U.S. restaurants, the impact on the company would be small, but franchisees would feel the sting.

This week’s walkouts at restaurants owned by and franchised from the big four fast-food chains have as a primary goal improving the wages of low-wage, hourly workers at these companies. The federal minimum wage in the U.S. is $7.25. The people who have walked off their jobs are seeking a raise to $15 an hour. Is the increase even financially possible given the economics of the fast-food industry? The answer likely is no.

24/7 Wall St. put together an analysis of what each of these companies currently spends on payroll at both the stores that they own and operate and at their franchised stores in the United States. The data comes from a report on big business, corporate profits and the minimum wage published by the National Employment Law Center (NELP) that was completed last year. Of the workforce totals, NELP states that 89.1% are low-wage workers who earn an average of $8.94 an hour. Using this data, 24/7 calculated total cost to the restaurants for all their average workers who work 35 hours a week for 50 weeks a year.

Yum! Brands’ three fast-food chains employ more low-wage workers than any other chain in the United States. For all of last year, same-store sales rose 5% in the U.S., and U.S margins fell year-over-year from 14.2% in 2011 to 12.1% last year. Sales in China have been hit by an outbreak of a new strain of bird flu and tainted meat. The company’s stock is up 40% in the past two years, and its market cap is $33 billion. Shares currently trade near $73.

Worldwide sales at McDonald’s total more than $97 billion, with more than a third of that coming from the U.S,-owned and franchised stores. Same-store sales in the United States rose just 2% in 2012, and they were up only 1% in the second quarter of this year. The company is trying to find a formula for growth, and any damage to its low-price menu will really hurt. The company’s shares are up 15% in the past two years, and McDonald’s market cap is $92 billion. Shares trade around $98.

Burger King became a publicly traded company again last year, following what was essentially a reverse merger. The company’s goal is to become an almost entirely franchised operation, and with 97% of stores worldwide franchised, it already has this status. Since the company came public in June 2012, shares are up nearly 30%, and the company’s market cap is $7 billion. Shares trade near $20.

Wendy’s sold its Arby’s stores in June 2011, following a merger in 2008 that never worked out the way large shareholders had hoped. Wendy’s growth trajectory in the past 12 months is more than double any of the other four chains, with a big bump coming just this month as it announced that another 425 of its company stores were being sold to franchisees. Shares are up 35% in the past two years, and the company’s market cap is $3 billion. Shares trade currently around $7.

Given the sharp cost increase that a wage hike would represent, it is unlikely that any of these chains could bear the financial burden without raising prices, cutting jobs or both. That brings customers and shareholders into the picture.

The stock prices of all four companies are based very heavily on net income and cash flow. One of the most attractive aspects of being a McDonald’s shareholder is the company’s history of share buybacks and dividend increases. Very rapid growth is not a part of the financial advantage of the large fast-food companies. Their ability to produce returns based on stock price and yield are.

As for the customer, how much more will a Big Mac cost if wages move from current levels to $15 an hour? According to a report in Forbes, a Big Mac that now costs $3.99 would have to rise to $4.67 to pay for the wage increase. Items on the Dollar Menu would rise to $1.17, and the cost of a Big Mac Meal would rise from $5.69 to $6.66. In other words, the increase to the customer would be more than 17% in some cases.

There is very little chance than the fast-food restaurants will raise wages to the levels being sought by their workers. Such a move almost certainly would force them to not only raise prices to customers, which likely would cost them sales, but it would cut into payouts to shareholders as well. The damage that would be done to the financial status of these companies, and the likely layoffs that would ensue, build the greatest argument against the $15 an hour wage.

The State Where Unemployment Claims Are Surging

This Is the Industry People Are Quitting Fastest

This Is the Fastest-Shrinking Clean Energy Job