Is China Unofficially Depegging Against the Dollar? 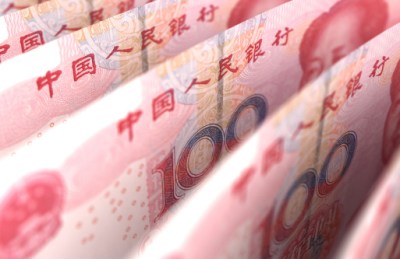 Is that formal dollar peg policy changing? Perhaps, but only within a small scope.

What is happening is that the yuan-dollar trading band likely is about to be widen out again. It is very unlikely at this time that China would risk depegging its currency in any short order. The economy is just too large, and the move probably would be too painful to install all at once.

The yuan had been down more than 0.8% in Friday to nearly a one-year low, up to 6.18 per dollar in Shanghai before recovering to 6.145 yuan. While we have not confirmed the relative size of the drop, Bloomberg called this “the biggest intra-day loss in China Foreign Exchange Trade System prices going back to 2007.”

The current band is that the yuan can trade within 1% above or below against the Chinese central bank’s daily reference rate (currently 6.1214). The speculation is growing that China will bump that trading band to 2% in the coming months.

By depegging against the dollar, the yuan can become more prevalent in global trade. The risk, of course, is that China’s yuan could strengthen (perhaps handily) if the peg was ever dropped. That in turn would make all of that cheap labor in China not look so cheap. Export prices out of China could also pop, making the goods and products less attractively priced to the United States.

Widening out a trading band is far from depegging the yuan entirely. Still, with future financial reform and a desire to not be as dependent upon the United States, this likely will not be the last time these changes are seen. 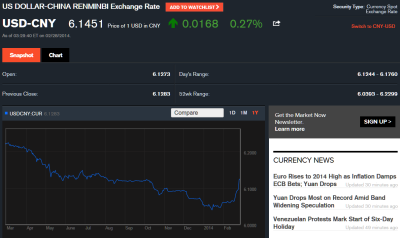