Loving the PIIGS: Ireland and Bank of Ireland Raised by S&P 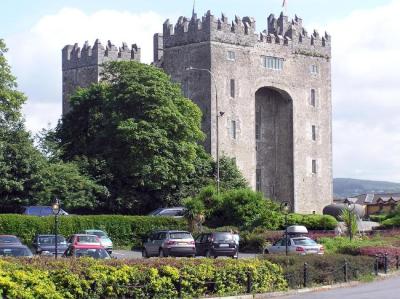 With 10-year bond yields under 2% for much of the eurozone, and with inflation sliding into deflation, it is impossible to not notice when the ratings agencies actually upgrade a European nation. That is particularly true of the PIIGS (Portugal, Italy, Ireland, Greece, Spain), which in this case is an upgrade for the Republic of Ireland by Standard & Poor’s on Friday. The good news here is that this includes upgrades for the Bank of Ireland (NYSE: IRE) as well.

On top of the upgrade, S&P now projects Ireland’s gross domestic product (GDP) growth to rise to 3.7% in 2014 to 2016 from a prior estimate of 2.7%. S&P pointed out that the National Asset Management Agency has effectively repaid about half of its original government guaranteed senior bonds. S&P sees Ireland’s financial system assets being largely on the mend, even against the prevailing downside risks from eurozone trading partners.