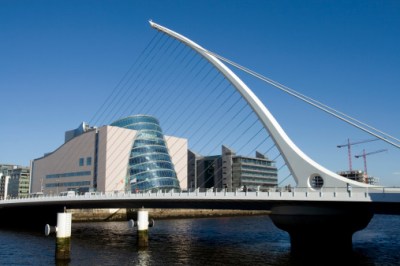 Source: Thinkstock
Many investors, economists and people in general have watched the longstanding woes in Europe. The people inside Europe have lived through these woes as well, and some nations know how to get it right, while other nations are just incapable. Greece and its socialist Syriza party are playing a shell game, or a game of chicken, with the rest of Europe and its creditors. Perhaps Greece should take a page of Ireland’s playbook.

Standard & Poor’s announced on Friday that it was upgrading the credit ratings of Ireland. The new A+ rating (from a prior A rating) makes it further into investment grade. S&P affirmed its A-1 short-term rating, and the ratings outlook is Stable.

24/7 Wall St. has admired Ireland because the nation took its lumps during the financial crisis and then clawed its way out of the gutter. That did not come without pain, and not all the bad news has been forgotten, nor even entirely disappeared. Greece is running itself in the exact opposite manner on the international scene, basically to the point of disgrace.

What S&P sees is that Ireland’s real gross domestic product (GDP) is now expected to grow by an average of 3.6% in the years 2015 to 2018. This is expected to be among the highest rates of growth in Europe.

S&P also sees the fiscal deficit shrinking, backed up by strong nominal GDP growth higher rates of asset sales, and a further redemption of the National Asset Management Agency senior bonds. The expectation is that this will bring the general government debt to below 100% of GDP by the end of 2015.

The real GDP growth of 4.8% in 2014 trumped the 0.9% for the eurozone, led mostly by net exports in business services and by IT products and services. Nominal GDP in euro terms is expected to return to the 2007 pre-crisis peak in 2015. A weaker euro currency has also helped Ireland’s economic competitiveness. Outside investment into Ireland has also been a key factor.

24/7 Wall St. also wanted to compare more of the rationale with the Ireland upgrade by S&P by showing comparisons to Greece and to the Greek ETF.

ALSO READ: Does the Petrobras 100-Year Bond Offering Have a Government Guarantee?

The State Where People Are Leaving Their Jobs

Everyone in This City Has a Job