The Cuban Economy by the Numbers 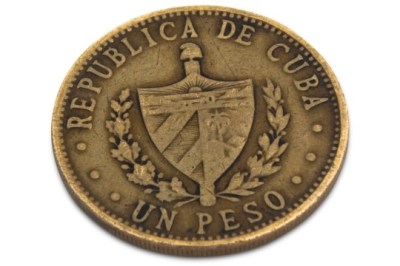 Source: Thinkstock
With word that relations between the United States and Cuba may be taking a serious turn for the better, 24/7 Wall St. wanted to show what we have done for so many other geopolitical situations in recent years. This is a review of Cuba’s economy by the numbers. This is to let Americans know what the news could ultimately mean on a socioeconomic outlook.

We have sourced the Economist Intelligence Unit (EIU) and the CIA World Factbook (CIA) for the data. Outsiders need to understand that the Cuba-Venezuela position is one of the key issues here, it seems. Perhaps the first description by the EIU sums Cuba up the best:

Political uncertainty is on the rise as major economic reforms hand an increased role to private enterprise and power shifts to a new generation of leaders (the president Raúl Castro is 82). A recovery in nickel prices will contribute to a pick-up in 2015 after estimated GDP growth of 1.2% this year, while the impact of reforms will support growth rates of 4% and above later in the forecast period. The main external risk is that Venezuela’s woes could lead to a withdrawal of subsidies to Cuba.

Keep in mind that Putin from Russia and Xi from China have both visited Cuba in 2014, according to EIU.

Other details about Cuba and its economy are as follows:

Cuba’s economic freedom score is 28.7, making its economy one of the world’s least free. Its overall score is 0.2 point higher than last year, with deteriorations in trade freedom, fiscal freedom, monetary freedom, and freedom from corruption counterbalanced by an improvement in business freedom. Cuba is ranked least free of 29 countries in the South and Central America/Caribbean region, and its overall score is significantly lower than the regional average. …

Over the 20-year history of the Index, Cuba’s economic freedom has been stagnant near the bottom of the “repressed” category. … Despite some progress in restructuring the state sector since 2010, the private sector remains constrained by heavy regulations and tight state controls. Open-market policies are not in place to spur growth in trade and investment, and the lack of competition continues to stifle dynamic economic expansion.

The CIA World Factbook gave the following summary and synopsis for Cuba’s economy:

The government continues to balance the need for loosening its socialist economic system against a desire for firm political control. The government in April 2011 held the first Cuban Communist Party Congress in almost 13 years, during which leaders approved a plan for wide-ranging economic changes. Since then, the Cuban government has slowly and incrementally implemented limited economic reforms, including allowing Cubans to buy electronic appliances and cell phones, stay in hotels, and buy and sell used cars. The Cuban government also opened up some retail services to “self-employment,” leading to the rise of so-called “cuentapropistas” or entrepreneurs. Recent moves include permitting the private ownership and sale of real estate and new vehicles, allowing private farmers to sell agricultural goods directly to hotels, and expanding categories of self-employment. Despite these reforms, the average Cuban’s standard of living remains at a lower level than before the collapse of the Soviet Union and the resulting downturn of the 1990s. Since late 2000, Venezuela has been providing oil on preferential terms, and it currently supplies over 100,000 barrels per day of petroleum products. Cuba has been paying for the oil, in part, with the services of Cuban personnel in Venezuela, including some 30,000 medical professionals.

This Is The Most Neighborly City In America

This Is the Country With the Biggest Income Gap