The Cuba Trade for Investors, Sort Of 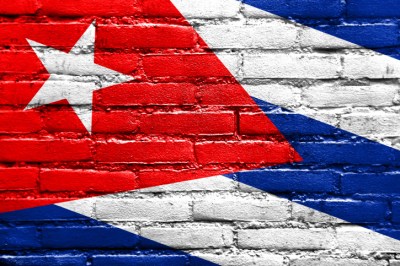 Source: Thinkstock
With news breaking on Wednesday that American Alan Gross has been released from prison in Cuba, after five years or so, there is also news that President Obama is overhauling relations with Cuba. With big political change comes great opportunity. The one fund that U.S. investors flock to when there are hopes of a more normalized Cuba relationship with the United States is the Herzfeld Caribbean Basin Fund Inc. (NASDAQ: CUBA).

To prove the point, this fund was up as much as 20% at $8.18 at one point Wednesday morning. Before you just assume that this is a direct Cuba investment, please consider all that there is to say below. And consider this: Cuba was listed as being 0.00% in the geographic allocations as of June 30, 2014.

Sometimes the timing of offerings is incredibly lucky. The Herzfeld Caribbean Basin Fund recently completed a one-for-three nontransferable rights offering with more than 1.8 million shares of common stock issued for a total of $12.1 million. The subscription price of $6.77 per share represented 95% of the average volume-weighted closing sale price.

With the stock ticker CUBA, many investors may believe that the fund owns shares of stocks that are either in Cuba or holdings that would be in Cuba. The actual description of the closed-end fund is as follows:

It invests in issuers that the advisor expects to benefit from economic, political, structural and technological developments in countries in the Caribbean Basin, which the Fund considers to consist of Cuba, Jamaica, Trinidad and Tobago, the Bahamas, the Dominican Republic, Barbados, Aruba, Haiti, the Netherlands Antilles, the Commonwealth of Puerto Rico, Mexico, Honduras, Guatemala, Belize, Costa Rica, Panama, Colombia, Venezuela and the United States (Caribbean Basin Countries).

The latest annual report from June showed the top holdings as follows:

The top country-by-country breakdown of listing allocations is as follows:

Details on what changes will be made have been coming out from news wires, but the formal details will be made available later Wednesday. We saw the sale of telecom equipment to Cuba as one of the issues, as well as the ability to use credit and debit cards in Cuba. That allows for travel to and from the nation. More details will be available on what the new relations will look like.