FOMC Patient, Rates Hikes Can Be Later Rather Than Sooner 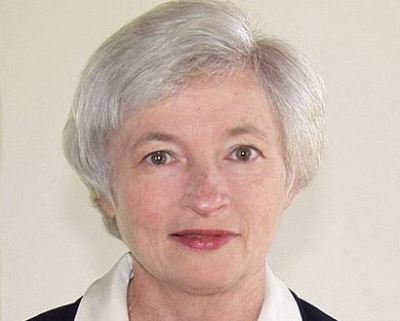 Source: courtesy of the Federal Reserve
Will Janet Yellen and the Federal Reserve raise rates in mid-2015, or will they push those rate hikes out into later in the year or even into 2016? That is the question that every investor in the world has been hanging on to very closely over the last week. With Mario Draghi and the European Central Bank set to launch a round of large quantitative easing and with other international markets getting weaker, the belief is that Fed rate hike would only add pain on top of injury.

Now we have the FOMC’s first formal statement of 2015. Janet Yellen and team voted 10-0 for Wednesday’s Fed action — the first time in months that there was not dissent.

The federal reserve is again pledging that it will remain patient in adjusting monetary policy and raising interest rates. Team Yellen also indicated that inflation has fallen even further since its last meeting, and largely because of energy prices. The Fed even expects inflation to fall further over the near term, but it still expects that longer-term inflation expectations are stable.

The full FOMC statement starts out as if the economy is just chugging along fine. Then it shows the reality of the markets and economy today. Highlights on the key points are in the full statement below:

Consistent with its statutory mandate, the Committee seeks to foster maximum employment and price stability.  The Committee expects that, with appropriate policy accommodation, economic activity will expand at a moderate pace, with labor market indicators continuing to move toward levels the Committee judges consistent with its dual mandate.  The Committee continues to see the risks to the outlook for economic activity and the labor market as nearly balanced.  Inflation is anticipated to decline further in the near term, but the Committee expects inflation to rise gradually toward 2 percent over the medium term as the labor market improves further and the transitory effects of lower energy prices and other factors dissipate.  The Committee continues to monitor inflation developments closely.

To support continued progress toward maximum employment and price stability, the Committee today reaffirmed its view that the current 0 to 1/4 percent target range for the federal funds rate remains appropriate.  In determining how long to maintain this target range, the Committee will assess progress–both realized and expected–toward its objectives of maximum employment and 2 percent inflation.  This assessment will take into account a wide range of information, including measures of labor market conditions, indicators of inflation pressures and inflation expectations, and readings on financial and international developments.  Based on its current assessment, the Committee judges that it can be patient in beginning to normalize the stance of monetary policy.  However, if incoming information indicates faster progress toward the Committee’s employment and inflation objectives than the Committee now expects, then increases in the target range for the federal funds rate are likely to occur sooner than currently anticipated.  Conversely, if progress proves slower than expected, then increases in the target range are likely to occur later than currently anticipated.

When the Committee decides to begin to remove policy accommodation, it will take a balanced approach consistent with its longer-run goals of maximum employment and inflation of 2 percent.  The Committee currently anticipates that, even after employment and inflation are near mandate-consistent levels, economic conditions may, for some time, warrant keeping the target federal funds rate below levels the Committee views as normal in the longer run.

Markets can be jittery after key Fed announcements. Throw in the possible change of a rate cycle, and they can be extremely volatile.