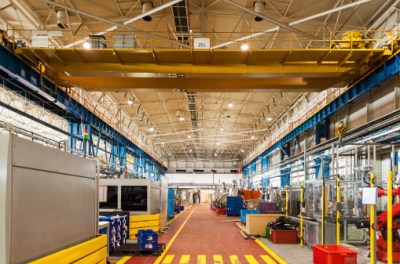 Source: Thinkstock
The Federal Reserve Bank of Philadelphia has released its monthly Manufacturing Business Outlook Survey for the month of September. While the headline is negative, and while it was way short of estimates, the overall tone of the report is mixed.

September’s Philly Fed report was not as bad as the Empire Manufacturing report from the New York Fed, but this was the first negative regional reading (at -6.0) in well over a year. Bloomberg had the consensus estimate at a positive reading of 6.3, and all economists in the Econoday pool were positive, with a range of 2.5 to 10.5. The August report was positive at 8.3.

Investors know that the Philly Fed is the last real-time economic report ahead of the Federal Open Market Committee (FOMC) decision on interest rates Thursday around 2:00 pm Eastern Time. That being said, the FOMC members would have had access to this report ahead of time.

Despite much negativity, the overall view from the Fed was that the report is very mixed. The indicator for general activity fell into negative territory, but the Fed’s components in new orders, shipments and employment all remained positive in September. Thursday’s Fed report said:

Evidence suggests that the responses regarding general activity that were received earlier in the month may have been negatively affected by the volatility in the stock market and international news reports. Firms reported essentially unchanged prices for raw materials and other inputs in September and slight declines in prices for their own products. The survey’s indicators of future activity remained near their readings in August, indicating that firms expect a continuation of growth in the manufacturing sector over the next six months.

Indicators were mixed in September as follows:

While the report was very negative, it seems that the local theme of the Fed was that this report was due to an enhanced fear from the markets. So, this is just one less feather in Janet Yellen’s cap to raise interest rates.