10 States Burning the Most Coal 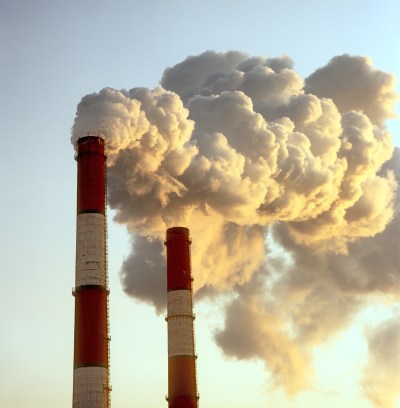 Source: Thinkstock
President Barack Obama released in August the final version of his climate policy and energy use program, the Clean Power Plan. The plan, if it passes, will allow the EPA to set carbon emissions targets for every state in the country. States will be required to meet the targets by changing energy sources.

One of the industries that will likely be affected the most is coal production as well as the plants using coal as an energy source. Burning coal produces a variety of unhealthy particulates and roughly twice as much carbon dioxide as natural gas. Some states generate tremendous amounts of energy from coal and use coal as a main power source. In West Virginia, all but 4.5% of the state’s electricity comes from fuel. 24/7 Wall St. reviewed the 10 states burning the most coal in the country.

In a conversation with 24/7 Wall St., Christopher Namovicz , U.S. Energy Information Administration (EIA) alternative energy analyst, explained that with newly discovered reserves and the advent of hydrofracturing technology, there has been a significant increase in the country’s reliance on natural gas as an energy source. Last year, 27.4% of the nation’s electricity came from natural gas-burning power plants, compared to 17.1% in 2001. In addition, the steadily increased use of solar, wind, and other alternative energy sources, has meant a decline in coal usage. In 2004, the country generated nearly 2 million gigawatt-hours (GWh) from coal. Last year, the country generated 1.58 million GWh from the fossil fuel.

Click here to see the 10 states burning the most coal.

This shift is true of some of the largest coal-burning states as well. In Pennsylvania, for example, the share of electricity generation from coal out of total production fell by 20 percentage points from 2001 to 2014. Natural gas, meanwhile, jumped from just 1.5% of total production to 23.7% over the same period.

The presence of natural resources in a given area often dictates their use within a state. Most of the states that rely heavily on coal as a means of energy are also coal rich. West Virginia and Kentucky, the two most coal-reliant states in the country, are first and third, respectively, in coal mining.

This is not always the case, however. Some heavy coal-burning states such as Florida and Michigan mine no coal at all within the state but import it by rail, truck, and waterway from states such as West Virginia and Kentucky.

Not all of the states that burn the most coal are as reliant on it as others. Texas and Pennsylvania, for example, generate the first and sixth amounts of electricity from coal, but it amounts to just 36.1% of Pennsylvania’s total energy generation and to barely one-third of Texas’s. These states produce massive amounts of energy. Texas, for example, generates roughly one-fifth of all the electricity in the country each year, and coal is only a part of it.

In order to determine the states that burn the most coal each year, we consulted the U.S. Energy Information Administration’s state energy profiles, which include state electricity generation by source from 2001 through 2014 for state use. The EIA also included total energy production, which also measure energy that may not be used within a state but in other places. The EIA also included the proportion of energy-producing natural resources such as coal that are shipped to other states, as well as electricity consumption per capita. All values used are for the latest available year.

These are 10 states burning the most coal.