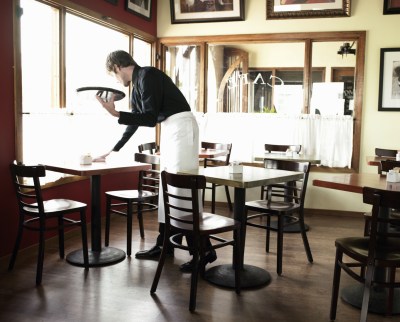 Source: ThinkStock
The National Federation of Independent Business (NFIB) Tuesday morning reported that its small business optimism index for September rose 0.2 points from 95.9 in August to come in at 96.1. The September reading remains below the index’s 42-year average of 98.

The four “hard” measures of the index posted mixed results last month. The job creation component slipped a point to 12%, the job openings component dropped two points to 27%, capital spending plans rose one point to 25%, and inventory investment plans rose two points to a level of 3%.

Some 16% of small business owners plan to raise employees’ pay in the next several months. That’s up three points compared with August on a seasonally adjusted basis.

In its commentary on the report the NFIB noted:

Growth has displayed a “herky jerky” pattern, GDP from 0.6 to 3.9 percent, jobs from 245,000 down to 143,000, stocks gyrating as gamblers adjust their bets. In the meantime, economic policy is in disarray, including the Fed’s. What a mess. Only the strongest private sector can continue to produce growth in this environment. If we are growing at a 4 percent rate (second quarter), the strength isn’t coming from the small business sector.

The NFIB reports that 27% of business owners currently have positions open that they are unable to fill (down two points from August) and that 45% said there were few or no qualified applicants for the open positions, down three points from the prior month’s total.