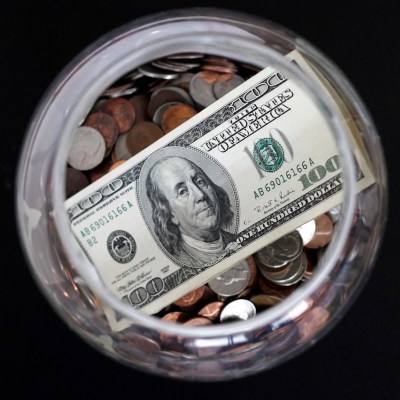 Source: thinkstock.com
U.S. median household income increased in 2014 to $53,657, an increase of roughly $600 from the previous year. Still, U.S. incomes have yet to recover to pre-recession levels. Adjusting for inflation, U.S. 2014 median income was still below its 2009 level.

Periods of recession and economic boom have an impact on the overall wealth of a country, as well as on metropolitan areas — although to varying degrees. In most cases, the impact does not change the relative wealth of a metropolitan area, especially of the most affluent and extremely impoverished metropolitan areas. People living in Brownsville-Harlingen, Texas, where the typical household earns $32,093 a year, likely have a considerably different life from those living in San Jose, California, where the median household income is approximately three times that of Brownsville’s. 24/7 Wall St. reviewed the wealthiest and poorest cities in the U.S.

Income and poverty levels, although not always perfectly correlated, are closely related. The federal poverty threshold — $11,770 for a single individual — is based on the income necessary to sustain a household, and depends on the age of the home owner, the family size, and the number of children. As a result, poverty tends to be more prevalent in places with exceptionally low incomes. Notably, the poverty rates in all 25 poorest metro areas exceeds the national poverty rate of 15.5%. More than 35% of residents in Brownsville-Harlingen, for example, live in poverty, the highest poverty rate nationwide.

An area’s labor market can be a significant factor in determining incomes. A lower unemployment rate is often a sign of a healthy, competitive job market. Not only are more people employed, but also workers are more likely to be better paid. In addition, the more occupants in a household who are able to bring in income, the higher that region’s wealth will be. Of the 25 wealthiest metropolitan areas, the unemployment rates in 19 are equal to or lower than the national rate. All but one of the 25 poorest areas have higher than average jobless rates.

In an interview with 24/7 Wall St. Charles Varner, associate director at Stanford University’s Center on Poverty and Inequality, explained that while employment is an important component in determining the affluence of a given area, how people are employed is likely just as important. In many of the country’s wealthiest metro areas, Varner observed, a high share of employees work technology and finance positions. Indeed, in the majority of the high-wealth metro areas — such as the Washington D.C. region, the San Francisco Bay Area, and San Jose — a very high share of workers are employed in professional and scientific positions, which tend to pay better than many other industries.

Another trend clearly differentiating the wealthiest and the poorest areas in the country, explained Varner, the general education levels of area residents. Nationally, 30.1% of adults have at least a bachelor’s degree. Only one of the poorest metro areas has a higher share of adults with similar education. And cities such as Pine Bluff, Arkansas and Lake Havasu, Arizona, have less than half the national proportion. The levels of education, like the type of jobs available, is indicative of the region’s economy. “[The wealthiest] areas have a high concentration of educated people, because of the presence of universities and — more importantly — the jobs that are there,” Varner said.

In addition to wealthier areas mostly having better educated residents, employment, poverty, and income, property values in these areas are considerably higher. This is perhaps indicative of the fact that, in general, these are the most desirable places to live. These kinds of economies, Varner explained, are structured to support and perpetuate wealth. “It is very beneficial to be in these areas if you are affluent. The [affluent] need to be near these production centers, to generate that kind of income or wealth.”

To determine America’s richest and poorest cities. 24/7 Wall St. reviewed data from the U.S. Census Bureau’s 2014 American Community Survey (ACS). We identified the 25 U.S. metropolitan statistical areas (MSAs) with the lowest median household incomes, and the 25 highest for that year. Median income data for all previous years is adjusted for inflation in 2014 dollars. We also reviewed figures on poverty, home values, and income distribution, and educational attainment from the Census Bureau’s ACS, as well as annual average unemployment rates from the Bureau of Labor Statistics, as of August, 2015. Figures on gross domestic product for metro areas, called gross metropolitan product (GMP), are for 2014 and are from the Bureau of Economic Analysis.

These are America’s richest and poorest cities.