How the Personal Savings Rate Stacks Up Against GDP Gain

When the U.S. Department of Commerce’s Bureau of Economic Analysis (BEA) released its third-quarter preliminary gross domestic product (GDP) figure, there were many exceptions to consider behind the seemingly strong 2.9%. All in all, we cannot say that a 2.9% gain is bad by any means when it beat the 2.5% consensus estimates handily. It was also the best report since the third quarter of 2014.

Here is how the Commerce Department described the personal income and savings rates:

Now consider that Forbes, USA Today and a host of other outlets recently ran the statistic that 69% of Americans do not have even $1,000 in savings to spend in a crisis.

This is one of those situations when there is a delicate balance among what the economic readings need versus what each household needs. A dollar saved is a dollar that doesn’t drive GDP, but a dollar saved is something everyone needs to have (or several thousand of them!). Those pennies saved also end up being spent at some point in the future, which will drive GDP at that time.

Below is the BEA’s table on personal income and spending. 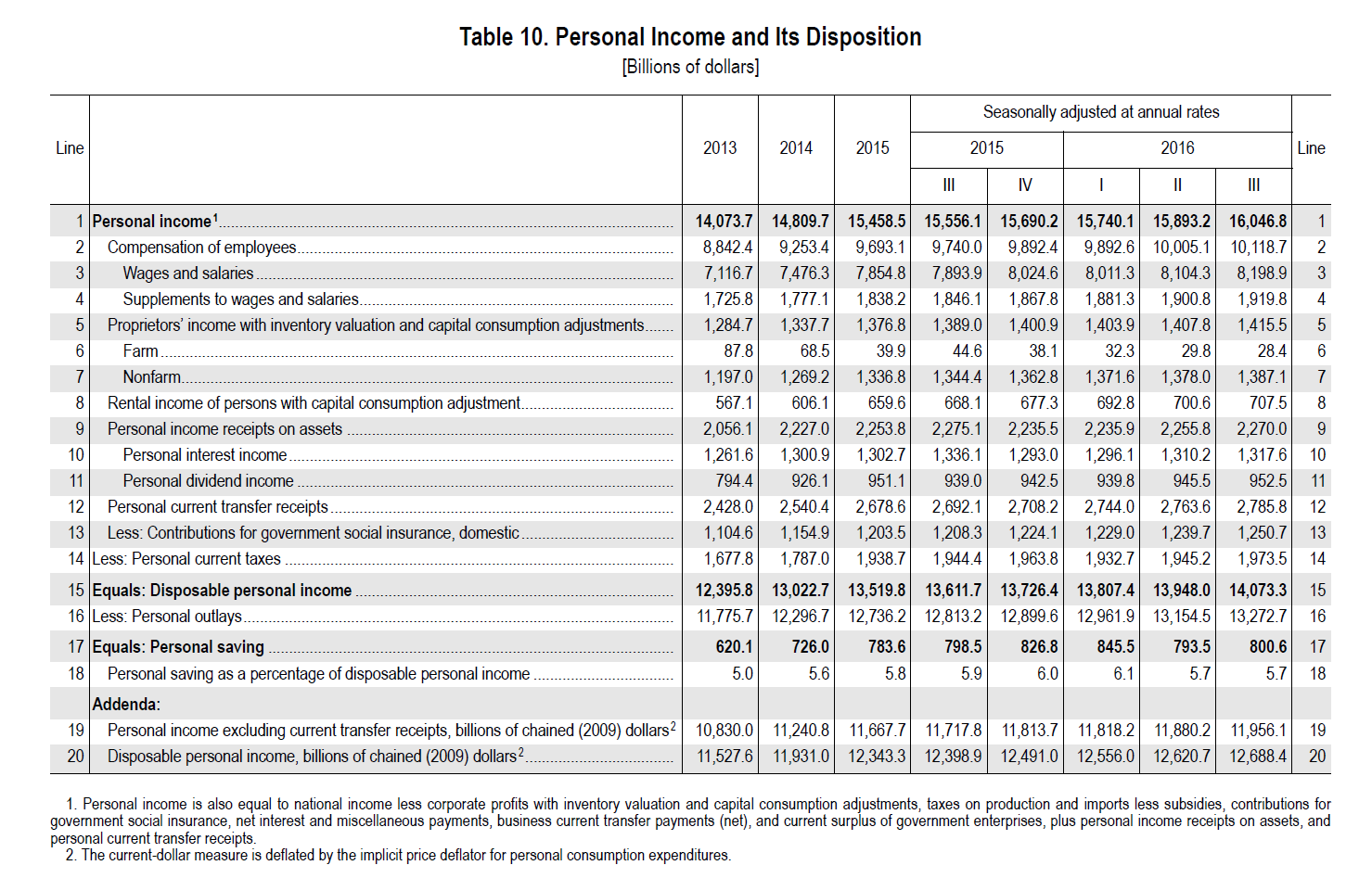