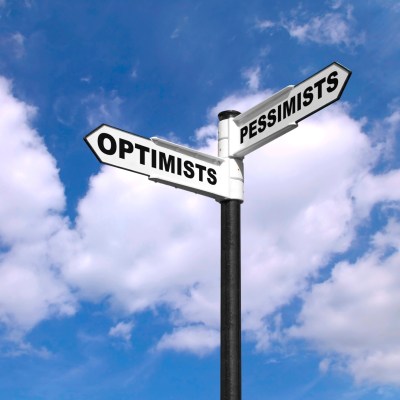 Source: Thinkstock
The University of Michigan’s reading on consumer sentiment slipped marginally lower at the month-end revision for October. Its Index of Consumer Sentiment came in at 100.7 in the revised number, compared with a preliminary reading of 101.1.

While revisions to the downside are often viewed with caution, the reality is that sentiment remained at its highest monthly level since the start of 2004. Also worth noting was that this was only the second time the Sentiment Index has been above 100.0 since the end of the record 1990s expansion. The average during the first 10 months of 2017 of 96.7 was also represented as being the highest since 2000 — at 108.5.

If you want to show how much the gains were relative to a year ago, back when there was so much pre-election caution, the total sentiment barometer was up 15.5%, and the gains were 12.9% on current conditions and up 17.8% on the expectations.

Investors rarely use the revised sentiment reading as a tool to make big investing decisions. Quite simply, it usually takes big swings and changes in updated monthly numbers to move the needle. This adjustment to sentiment was still quite strong, and this report followed a stronger-than-expected gross domestic product reading that is the real measure of economic growth.

According to the Surveys of Consumers:

The October gain was reflected in more favorable consumers’ assessments of current economic conditions (+4.8) as well as expected economic prospects (+6.1). Personal finances were judged near all-time record favorable levels due to gains in household incomes as well as decade highs in home and stock values. Lingering doubts about the near term strength of the national economy were dispelled as more than half of all respondents expected good times during the year ahead and anticipated the expansion to continue uninterrupted over the next five years. To be sure, consumers do not anticipate accelerating growth rates but rather a continuation of the slower pace of growth that has characterized this recovery. Low unemployment and low inflation rates have made lower income growth rates more acceptable.

There is also a notation that there has been a major change in how consumers view sentiment readings. The survey went on to say:

Moreover, the Great Recession has caused a fundamental change in assessments of economic risks, with consumers now giving greater preference to economic stability relative to economic growth. This is the essential reason why consumers have voiced such positive economic assessments of such a modest pace of economic growth. Overall, the data indicate a 2.6% growth rate in real consumption in 2017 and in the first half of 2018.

Investors will want to pay attention to Treasury yields. They were down on Friday morning from Thursday but they have risen handily from about two weeks ago. The 10-year Treasury yield was 2.435%, and the 30-year “Long Bond” yield was 2.95%.