Every 10 years, the decennial census is used to assign each state its number of seats in the U.S. House of Representatives. The 2020 Census is completed, and state population figures have been reported. The process known as congressional reapportionment has begun. Because the growth of the population has been uneven, some states will gain congressional districts and others will lose them.

Brookings has published its estimate of congressional district reapportionment. States that lost substantial population were among those likely to lose seats. Those states where the population has grown most by raw count almost will certainly gain seats. The author of the study, William H. Frey, Senior Fellow — Metropolitan Policy Program at Brookings, wrote: “The constitutionally mandated purpose for taking the decennial census is to apportion members of the U.S. House of Representatives across states based on population.”

Frey says he can use new state-level data to make his forecast of which states will be winners and losers.

Now, a battle will begin in these states. Politicians will jockey to be representatives in the new districts. The more bitter battles likely will be when a seat is lost in a state. In each of these situations, one sitting Congressperson will lose a job, unless there is a resignation. How those districts are drawn geographically likely will influence the fates of these politicians in the next election.

Finally, revenue to the states from the federal government is at stake. As television station WWMT pointed out: “Still, the trends pointed to potential trouble for Michigan moving forward, because federal funding and congressional seats are divided based on population.”

Both those states that have gained and those that have lost will have to wait until the 2030 Census for another change. 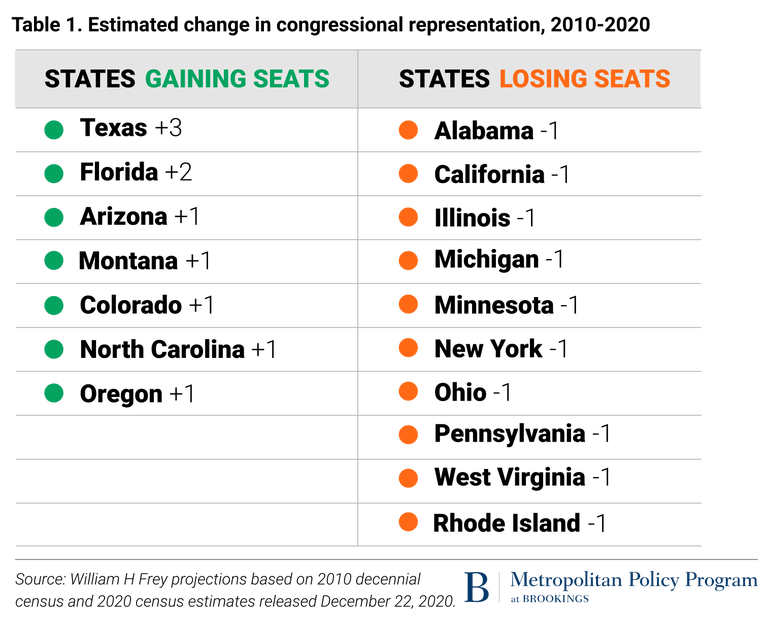 24/7 Wall St.
How Each State Got Its Name
Get Our Free Investment Newsletter