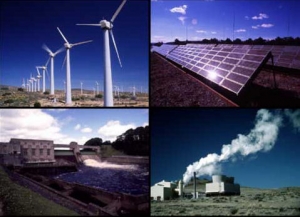 Normally a merger between a couple of giant power generators wouldn’t be considered as alt energy news, but this one is a bit different. Exelon, the nation’s largest nuclear power generator, is paying $7.9 billion in stock to acquire Constellation Energy, which generates about 21% of its 12,000-megawatt capacity from nuclear and renewable sources.

The merged company’s generation capacity will comprise about 55% nuclear, 24% natural gas, 8% renewable and hydro, and the remaining 13% coal- and oil-fired. Exelon has also received 20-year extensions on two of its nuclear power plants, one of which is Three-Mile Island.

As part of the deal, the merged company has agreed to invest more than $250 million in various projects in Maryland, home of Constellation. Part of the deal includes a promise not to cut jobs at Baltimore Gas & Electric for at least two years after the transaction closes. The merger is subject to regulatory and shareholder approvals, and is expected to close in early 2012.

Evergreen announced some preliminary data on its first quarter results prior to its scheduled May 2nd earnings release. The company said that first quarter shipments totaled just 18 megawatts at an average selling price of $1.86/watt. In the same period a year ago the company sold 47 megawatts at an average price of $1.90. That’s a double whammy of bad news.

Then came the triple whammy — Evergreen is running short of cash. As the company’s CEO put it, “Our near term liquidity has been negatively impacted [by lower sales] and may require us to secure additional sources of cash sooner than expected.”

Part of the company’s strategy is to restructure its debt “in order to significantly deleverage” and get into a position to secure additional financing. How, exactly, does a company with just $33 million in the bank make a dent in some $427 million in long-term debt?

Back when Evergreen closed its plant in Devens, Massachusetts, the company’s CEO noted that low wages at Evergreen’s Chinese plant were not the primary reason for manufacturing in China. The main reason is access to cheap loans for companies that build factories in China.

In a different world, Evergreen would probably be shutting down about now, or at least issuing a “going concern” notice. That’s not happening because the company might be able to get some cheap money. We should know the answer pretty soon.

Beacon Power makes a flywheel device designed to help regulate frequency services on the US power grid. The company is nearing completion of its first 20-megawatt flywheel storage plant in New York state, and has just received approval from the US Department of Energy to draw up to 95% of a $24 million federal grant to begin work on its second plant in Pennsylvania.

The company has also filed a shelf registration with the US SEC for up to $100 million. The company said it would use the registration to build merchant plants, manufacture more flywheel storage systems, and “funding ongoing operations.”