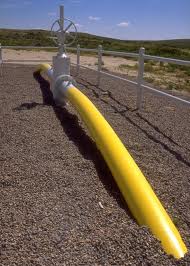 For the second time in two months, MarkWest Energy Partners L.P. (NYSE: MWE) has launched a secondary offering of common units to support the company’s expansion plans. In March, MarkWest sold 6.8 million common units at $59.54 each and raised a total of $388 million to fund expansion of its gathering systems in East Texas. Anadarko Petroleum Corp. (NYSE: APC) and Chevron Corp. (NYSE: CVX

) are among the companies for which MarkWest will offer mid-stream services.

Today the company priced a secondary offering of 8 million units at $55.28/common unit, a discount of about 3.5% to last night’s closing price of $57.29/common unit. The offering’s underwriters have an over-allotment option for 1.2 million additional shares. Morgan Stanley, BofA Merrill Lynch, Barclays, Citigroup, UBS Investment Bank and Wells Fargo Securities are acting as joint book-running managers for the offering.

On Monday the company announced that it would acquire Keystone Midstream Services LLC for $512 million. Keystone’s operations in the Marcellus shale play are owned by a consortium including Rex Energy Corp. (NASDAQ: REXX). MarkWest also announced last week it had signed a new gas processing deal with Chesapeake Energy Corp. (NYSE: CHK) that would involve expanding MarkWest’s capacity in the Marcellus shale play by about 60%.

While today’s secondary offering price is battering the company’s common unit price, it’s worth remembering that both the dilution and the lower price have no impact on the limited partnership’s ability to pay its quarterly distributions. The company’s long-term contracts are based on fixed prices that virtually guarantee that distributions will be paid. On Monday, MarkWest paid $0.79/common unit in distributions, and even with the increased demand for capital, the company expects distributable cash flow to range from $440-$500 million for the fiscal year. Distributable cash flow in the first quarter totaled $81.1 million, yielding a jump in distributions of nearly 18%.