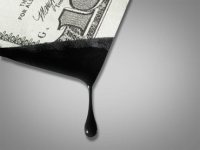 Last week the International Organization of Securities Commissions (IOSCO) issued a report largely gave the world’s oil trading markets a pass. It didn’t want to, but the original draft which called for more transparency in reporting crude oil prices raised the ire of oil trading companies like Glencore International Inc. and big oil companies that are rather keen on keeping their secrets.

But no every company was on board. Oil supermajor Total S.A.’s (NYSE: TOT) trading arm, Total Oil Trading SA, warned IOSCO of “inaccurate pricing” in energy benchmarks such as WTI and Brent crude prices. These prices are currently figured in much the same way that banks used to set the Libor rate — Platts, a division of The McGraw-Hill Companies Inc. (NYSE: MHP) surveys traders regarding bids, offers, and trades and then uses a proprietary methodology to publish a benchmark price. We all saw how that Libor thing worked out.

That’s enough transparency for oil traders. However, in a letter to IOSCO cited in the Financial Times, Total Oil Trading told the regulators that “several times a year, estimates of market prices on key [energy] indices … are out of line with our experience of the day.” The company also said that the way in which the benchmarks are calculated does not always present “an accurate representation of the market and consequently deform[s] the real price levels paid at every level of the price chain, including by the consumer.”

Oil companies and traders say the discrepancies are on the order of pennies per barrel, not dollars.

Having a benchmarking system that is less than transparent does not do consumers any favors. Chances of revising the current system are slim, though, because it is not in the interest of the companies, the big traders, or the sovereign nations that thrive in the shadows.