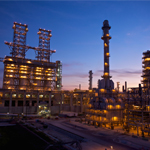 Source: courtesy Phillips 66
Phillips 66 (NYSE: PSX) reported third-quarter 2012 earnings this morning. The oil refiner and marketer posted adjusted diluted earnings per share (EPS) of $2.97 on revenues of $43.91 billion. In the same period a year ago, the company reported EPS of $2.40 on revenues of $51.26 billion. First-quarter results compare to the Thomson Reuters consensus estimates for EPS of $2.35 and $51.64 billion in revenues.

We had a solid quarter as a result of achieving strong utilization rates and running more advantaged feedstocks. We continue to focus on safe and reliable operations throughout the company. Our operating cash flow enabled us to return more than $235 million of capital to our shareholders.

Adjusted earnings rose by $568 million compared with the third quarter a year ago, due to better refining margins. Phillips 66 claimed an average margin of $17.05 a barrel, but the margin soared to $31.83 a barrel in the company’s mid-America region. Overall, the company enjoyed a gain of 92% to 96% refinery utilization rate in the quarter, even including a shutdown due to Hurricane Isaac.

The company’s midstream segment posted a net loss of $77 million, including a $133 million impairment charge on the Rockies Express Pipeline. The company said it plans to go ahead with an investment in natural gas liquids pipelines along with Spectra Energy Corp. (NYSE: SE) and DCP Midstream Partners L.P. (NYSE: DCP). The total investment in the pipelines is about $700 to $800 million.