U.S. Oil Companies With the Most Exposure to Iraq 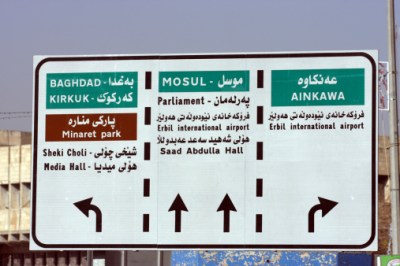 Source: Thinkstock
Whether or not you believe that the United States invaded Iraq in 2003 to preserve access to the country’s oil, the fact is Iraq sits on a lot of crude. According to the U.S. Energy Information Administration (EIA), Iraq’s proved reserves of 141 billion barrels are the world’s fifth largest, and in terms of daily production Iraq is now second only to Saudi Arabia with production of around 3.3 million barrels a day. Further exploration may turn up another 100 billion barrels.

U.S. and U.S.-listed oil companies have staked their claims to certain Iraqi fields, and while production remains restricted, exploration and development are proceeding quickly. What follows is a review of the oil companies with the most exposure to Iraq and what they have at stake in the current conflict in the country. Imminent threats to northern Iraqi production around Kirkuk are no threat because no U.S. or foreign oil company has any production there. The insurgent threat has not yet spread to the southern part of the country where current production occurs.

BP PLC (NYSE: BP) has a 38% working interest in the Rumaila field in southern Iraq. Rumaila is one of the five largest oil fields in the world and holds proved reserves of nearly 18 billion barrels. BP’s 2013 share of daily production from Rumaila was 39,000 barrels a day. BP operates in Iraq under a technical services contract that the company says is the functional equivalent of a production sharing agreement (PSA). In 2013, 15% of BP’s proved reserves were associated with its PSAs in nine countries, including Iraq. Out of daily production of more than 2 million barrels a day, BP’s Iraqi production is almost immaterial.

Exxon Mobil Corp. (NYSE: XOM) holds leases on approximately 900,000 onshore acres and at the end of 2013 claimed a net 23.2 development wells in Iraq’s West Qurna field. The field holds about half the proved reserves of Rumaila, and last year Exxon sold all but 25% of its stake in the field to Petrochina and Indonesia’s Pertamina. Exxon receives a per barrel payment of $1.90 for every barrel it produces above 244,000 barrels a day. Exxon also has agreements with the Kurdistan Regional Government in northern Iraq to explore for oil. Exxon produces no oil in Kurdistan, but the region is very near the current fighting in the northern part of the country.