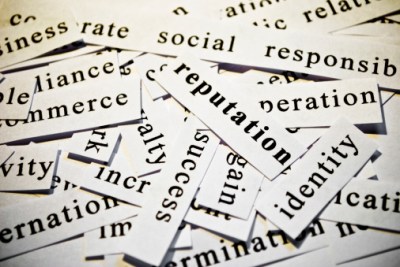 Source: Thinkstock
American consumers have a higher opinion of Amazon.com than any other company. For the second year in a row, the online retailer held the top slot, beating out popular brands like Apple, Coca-Cola and Walt Disney, according to the Harris Poll Reputation Quotient survey.

Many of the nation’s most reputable companies are major players in the technology sector. Microsoft, Sony, Samsung and Apple make the computers, smartphones and TVs that many Americans enjoy in their spare time.

In most cases, these companies are also market leaders for these popular products. Samsung and Apple are the number one and two sellers of smartphones globally, while Microsoft and Sony make the two most popular video game consoles.

According to Robert Fronk, Senior Vice President at Nielsen, what distinguishes the nation’s most reputable companies is that they are able to transcend their industry. Referring to Amazon and Apple, he asked, “are they still technology companies?” These companies “hit on some of the best attributes of different industries and, combining that with a customer focus, certainly have a leg-up on positive reputation.”

Top rated companies often emphasize social responsibility as well. Notably, Whole Foods’ perceived dedication to social responsibility — which outranks every other company, according to the Harris Poll — helped make it one of the nation’s most reputable companies. Such dedication clearly resonates with many consumers. Two separate groups tracking brand valuation, Interbrand and BrandZ, both cite Whole Foods’ commitment to healthy and organic food as driving the strength of the company’s brand.

A number of companies with weak reputations are in the financial services industry. This year, Bank of America, AIG, Goldman Sachs, and J.P. Morgan Chase all had some of the worst reputations among the nation’s most visible companies. During the financial crisis, each of these firms received money from the federal government as part of its efforts to stabilize the U.S. economy following the 2008 financial crisis.

Some companies with poor reputations might not have been among the nation’s most visible if it wasn’t for certain events that triggered public scrutiny. Halliburton, which provides services to oil-producing companies, does not do business with the public directly. The public became aware of the company after its former CEO Dick Cheney was elected Vice President and Halliburton won controversial contracts in Iraq. Similarly, Goldman Sachs and Monsanto provide services and products that do not target end consumers, but both have among the worst reputations.

A number of the companies with the worst reputations, however, did have customer-facing lines of business. These include Sears, DISH Network, Sprint, and two major banks — Bank of America and J.P. Morgan Chase. And many of these companies scored poorly for customer satisfaction, measured by the American Customer Satisfaction Index (ACSI). A high share of customers also gave DISH and Bank of America a “poor” grade for their customer service, according to a survey published by MSN and conducted by Zogby Analytics.

Long held negative opinions about some companies continue to haunt them. While Monsanto has played a prominent role in the debate regarding genetically modified crops, according to Fronk, Halliburton’s reputation “is one of the most perplexing.” Fronk noted that the company is not consumer-facing, and while some companies “spend a fortune to actually be known, Halliburton does everything possible to not be known.”

Still, in many instances, companies — even in the financial sector — have been able to improve their rankings. Fronk noted that the four largest gainers in the study “were all financial services [companies]: AIG, Goldman Sachs, Wells Fargo and Citigroup.” He added that, while challenges for the financial sector persist, “perhaps there is a sneak peak of light coming through the dark cloud that has hung over the industry the last five or six years.”

To determine America’s most and least reputable companies, 24/7 Wall St. reviewed the Harris Poll Reputation Quotient (RQ), which has measured how Americans perceive the most visible U.S. companies every year since 1999. The study consists of two parts: a nominations stage in which consumers identify the nation’s most visible companies, followed by a ratings stage in which each company’s reputation is measured. Scores consist of six dimensions of how customers perceive companies: social responsibility; emotional appeal; products & services; vision & leadership; financial performance; and workplace environment.

These are the companies with the best and worst reputations.