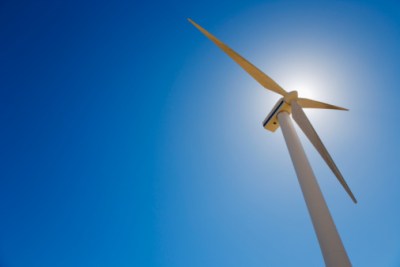 The $8.1 billion project includes a $4 billion wind farm in Wyoming, a $1.5 billion energy storage facility in Utah and a new 525-mile high-voltage transmission line costing $2.6 billion to tie the two together. The four companies proposing the project are Pathfinder Renewable Wind Energy, which would build the wind farm; Magnum Energy and Dresser-Rand Group Inc. (NYSE: DRC), which would join Pathfinder in constructing the compressed air energy storage system in the western desert of Utah; and Duke-American Transmission, a joint venture between Duke Energy Inc. (NYSE: DUK) and American Transmission, would build the transmission line.

A proposal from the four partners is currently expected to be submitted to the Southern California Public Power Authority by early next year in response to the agency’s request for proposals to supply the Los Angeles-area with renewable energy and electricity storage.

Wind farms and transmission lines are pretty widely understood. The unique aspect to this proposal is the compressed air energy storage system. The electricity generated in southeastern Wyoming is sent by transmission line to Utah, where it will power compressors that pump air into massive underground salt domes for storage.

When the energy is needed, the stored compressed air drives turbines that generate a second round of electricity that the project leaders expect to ship to Los Angeles.

Financing for the project was not discussed in the announcement.

ALSO READ: Why the Debate Over Energy Storage Utterly Misses the Point