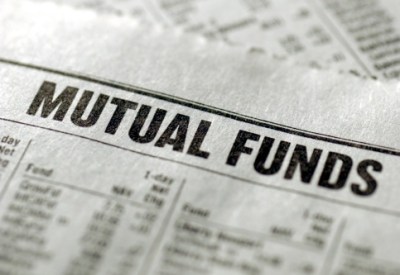 Source: Thinkstock
Kinder Morgan Inc. (NYSE: KMI) is now the top infrastructure stock in the energy sector. Its unit roll-up acquisitions and consolidations have been completed. In November and October it was a bit of a mystery as to how master limited partnership (MLP) funds would treat Kinder Morgan. After all, the consolidation technically no longer makes the company an MLP.

It turns out that Kinder Morgan was not only not sold by MLP mutual funds. It was held, and by a large margin. In fact, Kinder Morgan is now a top holding for many of the closed-end funds that hold the MLP sector. After reviewing the prospectus and proxy materials for these funds, most of the closed-end mutual funds have the luxury of holding “companies” on top of partnership interests — some can even hold private companies as well. On the flip side, exchange traded fund (ETF) and exchange traded note (ETN) products tracking an index may have more strict limitations.

24/7 Wall St. has aggregated several of the top MLP closed-end funds to show that Kinder Morgan was not only just held onto after the mergers were effected. Kinder Morgan is simply a very dominant force inside each of these funds now. In many cases, Enterprise Products Partners L.P. (NYSE: EPD) has now moved from the largest holding of these funds.

Kayne Anderson MLP Investment Co. (NYSE: KYN) has total investments of $6.958 billion at the end of 2014, with net assets after backing out leverage at $3.7744 billion. Kayne Anderson’s top holdings at year-end were as follows:

ClearBridge Energy MLP Total Return Fund Inc. (NYSE: CTR) had total investments of $1.3696 billion at the end of 2014, with net assets after backing out the fund’s leverage at $902 million. This ClearBridge fund’s top holdings by weighting were as follows:

The Nuveen Energy MLP Total Return Fund (NYSE: JMF) has its top holdings dated as of November 28, 2014, which was technically two days after the closing of the Kinder Morgan transactions. Still, fund data at that time showed total managed assets of $1.166 billion and net assets after backing out leverage as being $851.9 million. Nuveen’s top three holdings by weighting were as follows:

The Fiduciary/Claymore MLP Opportunity Fund (NYSE: FMO) listed its most recent holdings as of November 30, also after the mergers closed. The holdings still reflect the old MLP units rather than the consolidated Kinder Morgan shares. The fund’s fact sheet was showing a date of January 13, 2015, with total managed assets of $1.106 billion (after $290 million in leverage). The 11/30 top holdings by weighting were listed as follows: