Is the Charlotte Bobcats-to-Hornets Rebrand Good for Business? 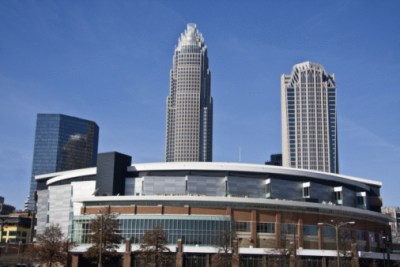 Source: Jill Lang/ThinkStock
The Charlotte Hornets arguably have the best retro gear of any NBA team. Remember the purple-and-teal color combination? Nothing screams “early ’90s” quite like that. And don’t even get me started on the windbreakers. Unfortunately, the franchise’s 2002 relocation to New Orleans — and Charlotte’s subsequent creation of the Bobcats — put a damper on the brand for nearly a decade. Starting next season, though, everything will change.

The Bobcats-to-Hornets switch
Originally announced a year ago, Charlotte will use the Hornets name again beginning in the 2014-15 NBA season. This was made possible by New Orleans’ conversion to the Pelicans last year. The rebrand, according to the team, ditches the blue-and-orange theme Charlotte has sported since 2004.

A modern take on the old Hornets’ teams, the new logo is sharper and sleeker than the traditional look. The team explains the strategy in its FAQ, saying it “sought to acknowledge the history of the original Charlotte Hornets,” while also including “elements of an evolution that would take place with any brand over a 12-year period.” The team says its primary logo “utilizes the purple and teal color palette and features an aggressive-looking hornet that is ready to attack.”

An updated “Hugo the Hornet” mascot is also part of the switch. Hugo went on a PR tour this past Thursday that included a celebration on the roof of the Hornets’ Time Warner Cable Arena, the Charlotte Observer reports.

The move is (probably) good for business
It’s still early, but all indications are the rebrand is a smart business move. As Sporting News points out, the Hornets say new ticket sales were up nearly 60% last year compared to 2012. Before the start of the 2013-14 season, front office executive Pete Guelli told the outlet the team was “very close on a number of new sponsorships.”

It is possible those have now come to fruition. Daimler’s (OTC: DDAIY) Mercedes-Benz, Coca-Cola (NYSE: KO), Time Warner Cable (NYSE: TWC), and Wells Fargo (NYSE: WFC) already have marketing ties with the team. Mercedes, in fact, is sponsoring the entire rebranding operation, according to SportsBusiness Daily.

But what about the longer-term picture? Will the team hold on to new sponsors after the rebrand hype dies down? John Ivey, of Altus Marketing & Management, says that will ultimately depend on how well the Hornets play.

“While this move may buy some immediate attention and credibility with sponsors and fans,” Ivey told me, “the long and medium term success of the team with sponsors and attendance will be driven by nothing less than performance on the court.

“Wins equal revenue growth,” Ivey explained, before adding: “If the Charlotte Bobcats were a perennial playoff team, they would likely not even be considering a change. And if the Hornets perform the same as their Bobcat predecessors over the next few years, it won’t be another name change contemplated by ownership — but an executive/management change.”

The bottom line
Even though Charlotte made the NBA Playoffs this past season, the franchise could stand to improve from a business standpoint. Forbes estimates it was the league’s second-least valuable team last year, and it finished 28th of 30 in terms of total revenue. The rebrand definitely makes sense.

But in my opinion, Ivey is spot on. While a name swap should breathe a bit of life into the Hornets, nostalgia can only last so long. If the team lays an egg like it did in 2011 and 2012 — when it won a total of 28 games — the purple and teal will lose their luster.

A smart investing strategy
Give me five minutes and I’ll show you what it is. Every year, The Motley Fool’s chief investment officer handpicks one stock with outstanding potential, and last year, his pick skyrocketed 134%. Previous top picks have gained upwards of 908%, 1,252% and 1,303% over the subsequent years! Believe me, you don’t want to miss what could be his biggest winner yet. Just click here to download your free copy of “The Motley Fool’s Top Stock for 2014” today.

This Is The World's Worst Nuclear Accident

The Team Has The Most Expensive Tickets In The NFL