The 20 Major League Teams With The Most Expensive Tickets 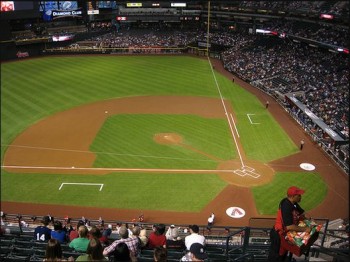 Major sports ticket prices range widely, from $260 a seat for The New England Patriots to $15 for the Cincinnati Reds. A 24/7 Wall St. analysis of seat prices at the four major sports league teams shows that teams that can charge high prices are based in big cities, have a long tradition of producing championship teams, or, in the case of hockey, are in Canada.

24/7 Wall St. consulted SeatGeek.com, an online provider of ticket prices, to get the average price per ticket for each team in the NFL, NBA, MLB, and NHL. These prices were based on a seven day average. Since publication, the prices will likely have changed, but not significantly. In most case, average ticket prices do not change much over the course of a season when compared to this moving average.

24/7 Wall St. then looked at factors that could influence ticket prices, such as teams’ base cities population size from the U.S. Census and Statistics Canada. Another factor is the win-loss record for the most recent season from the four leagues or the teams themselves. ESPN.com provided regular season attendance and the change in that attendance compared with a decade ago. This last set of numbers is a good proxy for seat demand, particularly when stadium size is taken into account.

It quickly became clear from our research that Canadian-based hockey teams charge the most for seat tickets in the NHL. This includes the Winnipeg Jets, which until last year was the Atlanta Thrashers, but can still commands the second highest prices in the league. We took the Jets off the list because the team moved so recently. Because hockey is the de facto sport of Canada, the demand for tickets is so great there that Canadian-based teams can usually get more than U.S.-based ones.

The second largest influence on ticket prices is market size. The four highest ticket prices for NBA teams are for clubs in New York City, Los Angeles, Miami, and Chicago. The fifth team on the most expensive NBA ticket list is in Toronto, the largest city in Canada, and fifth largest metropolitan area in North America. The most expensive tickets in baseball are for The New York Yankees, the Toronto Blue Jays, and the Boston Red Sox. Football is something of an exception to the large market rule. Chicago and Dallas are on the list, but several of the other teams are primarily old franchises with storied pasts. These include The Green Bay Packers and The New England Patriots.

The answer to the puzzle of how major league teams price tickets is similar to the answer to most economic puzzles. Supply and demand drive the market. In the case of major league sports, with a few notable exceptions, demand is as variable as market size, franchise history, and team location.