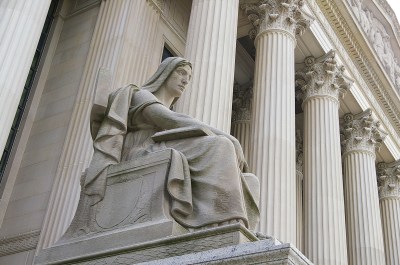 Copaxone brings Teva $3.2 billion in annual U.S. sales, which accounts for more than half the company’s profit. But Teva’s legal protection on the drug is set to expire in May. Drug makers that were planning to offer generic versions, such as Momenta Pharmaceuticals Inc. (NASDAQ: MNTA) and Mylan Inc. (NASDAQ: MYL), now could risk having to compensate Teva for lost sales, if Teva’s appeal to the Supreme Court succeeds. Copaxone already faces competition from Biogen Idec Inc.’s (NASDAQ: BIIB) Tecfidera.

The U.S. Court of Appeals for the Federal Circuit last year reversed the decision of a trial judge and upheld four Teva patents set to expire in May. It also invalidated a separate patent aimed at blocking generic competition until September 2015. The Federal Circuit, which specializes in patent cases, typically reviews patents without regard to the trial judge’s interpretation. Teva’s Supreme Court appeal argues that the court should have deferred to the trial judge’s reading of the patent.

Teva shares were up more than 6% to $52.57 in mid-day trading Monday, after earlier reaching a new high of $52.72. Momenta shares dropped more than 15% and Mylan shares were trading marginally lower.