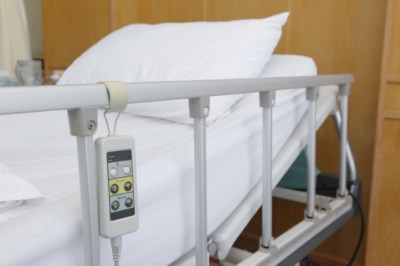 Source: Thinkstock
The Wall Street Journal recently detailed discussions about a possible merger of Anthem and Cigna and a possible UnitedHealth and Aetna combination. All this new merger and acquisitions (M&A) speculation comes right on the heels of similar deal speculation involving Humana as a potential target.

In a new report, Stifel opines that the consolidation in the managed care organizations, or MCOs, is not a matter of if, but just a question of when. With all the M&A chatter flying hot and heavy, the Stifel team talked about the big deals that could happen and also pointed to smaller government-focused companies that could end up as targets. We highlight those four stocks.

This company would be a solid target as it is expanding margins and expanding the business. Centene Corp. (NYSE: CNC) is a leading multiline health care enterprise that provides programs and services to government-sponsored health care programs, focusing on underinsured and uninsured individuals. Many on Wall Street see the stock as a pure-play Medicaid MCO with a solid growth outlook driven by geographic expansion, health care reform and managed care penetration of Medicaid.

Centene management is lauded by analysts because those at the top focus on the pipeline of opportunity as well as addressing any gaps in capabilities. They also have not been afraid to make accretive deals for growth.

The Thomson/First Call consensus price target for the stock is $80.87. The stock closed Tuesday at $79.22 a share.

This is another small mid-cap stock that could easily be in play. Health Net Inc. (NYSE: HNT) delivers managed health care services through health plans and government-sponsored managed care plans. It provides and administers health benefits to approximately 6.0 million individuals across the country through group, individual, Medicare, Medicaid, dual-eligible, U.S. Department of Defense (including TRICARE) and U.S. Department of Veterans Affairs programs.

This company has put up a nice streak of beating earnings estimates, especially over the past half year. Health Net beat estimates by at least 10% on both of the previous two earnings reports. This could very well happen when the company reports in August, and again makes it a likely target.

This company is one of the top small-cap picks at Decade Capital. Molina Healthcare Inc. (NYSE: MOH) provides Medicaid-related solutions to meet the health care needs of low-income families and individuals, as well as to assist state agencies in their administration of the Medicaid program. Through the company’s locally operated health plans in 11 states across the nation, it currently serves over 3 million members.

ALSO READ: Could the Health Insurance Mergers Leave an Odd Man Out?

The company recently completed a secondary stock offering, and the head of the company has been selling stock. Both seem like indicators that a deal is not imminent. However, the tide can turn at any point and a buyer could come in.

This company, on an earnings basis, looks to be a touch richer than the others, which could preclude a huge premium. WellCare Health Plans Inc. (NYSE: WCG) provides managed care services targeted to government-sponsored health care programs, focusing on Medicaid and Medicare. WellCare offers a variety of health plans for families, children and the aged, blind and disabled, as well as prescription drug plans. The company serves approximately 3.9 million members nationwide.

The company just has a large debt raise last month, and it intends to use the proceeds of the offering for general corporate purposes, including organic growth and working capital. This makes for an attractive pile of cash for potential suitors.

All these stocks are trading like they are in the cross-hairs. Investors should be careful as they are all approaching 52-week highs. If Stifel is right though, there could be handsome premiums paid to the companies that get acquired.