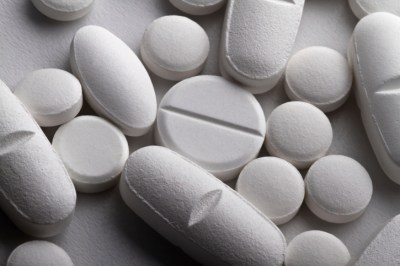 Source: Thinkstock
Despite taking a slight hit from the collapse within the health care sector in the past quarter, Dyax Corp. (NASDAQ: DYAX) is still up significantly over the past year and was building momentum in Wednesday’s session. The company announced that the European Medicines Agency (EMA) Committee for Orphan Medicinal Products (COMP) has adopted a positive opinion recommending DX-2930 for designation as an orphan medicinal product for the treatment of hereditary angioedema (HAE).

DX-2930 has previously been granted Orphan Drug, Fast Track and Breakthrough Therapy designations from the U.S. Food and Drug Administration (FDA) for the prevention of attacks of HAE.

Under the EMA guidelines, the COMP adopts an opinion on the granting of orphan drug designation, after which the opinion is submitted to the European Commission (EC) for the endorsement of the opinion.

Orphan drug designation by the EC provides regulatory and financial incentives for companies to develop and market therapies that treat a life-threatening or chronically debilitating condition affecting no more than five in 10,000 persons in the EU, and where no satisfactory treatment exists. Additionally, this designation provides up to 10 years of market exclusivity if the product candidate is approved for marketing in the European Union and the orphan designation is maintained.

Burt Adelman, M.D., Executive Vice President of Research and Development and Chief Medical Officer at Dyax, commented on the announcement:

There is a significant unmet medical need for a prophylactic treatment option for HAE, a potentially life-threatening condition. Our regulatory strategy supports our global development plan for DX-2930 and our goal for providing an improved therapy for patients with HAE around the world. We look forward to initiating a Phase 3 clinical trial for DX-2930 for HAE prophylaxis by year-end 2015.

So far in 2015, Dyax has outperformed the broad markets, with the stock up nearly 26% year to date, and in the past 52 weeks the stock is up 68%. However, shares were up even higher earlier this year, as the stock is down 33% in just the past quarter alone.