What to Expect From Johnson & Johnson Earnings 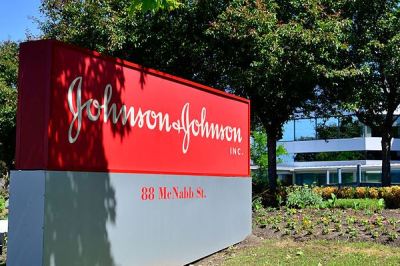 Source: Wikimedia Commons
Johnson & Johnson (NYSE: JNJ) is scheduled to report its third-quarter financial results before the markets open on Tuesday. The consensus estimates from Thomson Reuters call for $1.45 in earnings per share (EPS) on $17.47 billion in revenue. In the same period of the previous year, it posted EPS of $1.61 and $18.47 billion in revenue.

This pharmaceutical conglomerate is a yield leader on multiple analysts’ lists. Johnson & Johnson is one the top market cap stocks in the health care sector and will raise its dividend for shareholders this year for the 52nd consecutive year. With everything from medical devices to over the counter (OTC) health items and prescription drugs, the company remains one of the most diversified health care names on Wall Street.

The company also has one of the most exciting pipelines of new drugs in the sector. That, combined with the solid OTC product business, makes the stock an outstanding holding. With branded pharmaceuticals leading the sales growth for the company, investors received a mildly bullish report when the company reported second-quarter numbers. U.S. consumer health sales rose nearly 3%, versus a 9% decline in total revenue. That and other factors helped the company just squeak by Wall Street estimates.

A few analysts weighed in on Johnson & Johnson prior to the earnings release: