Why Analysts Will Have to Slash Their Hospital Price Targets 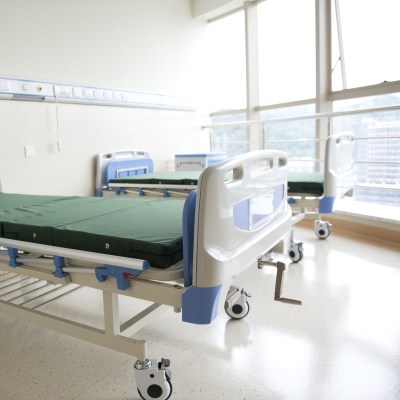 Source: Thinkstock
In the world investing, a fire or problem at one company often means that its peers and rivals are likely to have many of the same risks. In the case of HCA Holdings, Inc. (NYSE: HCA) there are going to be some obvious concerns when it comes to the valuations and future growth of hospitals. More insured people has been a boom for the hospital portion of the healthcare reform, but even that could be at risk ahead now. What if all that great growth and severe earnings power has finally started to peak?

The Affordable Care Act, or Obamacare, really only targeted the insurance companies at first. The hospitals were effectively given a blank check, but now that politicians are chasing down drug companies over higher drug costs and over an inability to negotiate prices it seems like the gravy train for other aspects of health care may be at risk. That would include hospitals too.

HCA’s earnings were about 4% lower than expectations, at about $1.17 per share versus a $1.22 consensus estimate. While a less favorable mix of payers was to blame, uninsured admissions were higher at the same time that the fully insured admissions were soft. Higher labor costs and a need to increase contract labor also was thrown in here.

The issue to consider is that HCA is the behemoth with a $30 billion market value. That is even after a 5% drop to $72.35. It is down from a 52-week high of $95.49 and is against a consensus analyst target price of $101.67. It is obvious that analysts will be forced to lower their upside price targets soon.

24/7 Wall St. wanted to see what the drop at HCA means for rival and peer hospitals and acute care centers. The result is simply not very good, and we broke these down by market capitalization rather than by alphabetical order. We have included analyst price targets and 52-week highs to see how much these have pulled back from highs and whether or not the analyst targets are now just too ambitious. Jefferies has reportedly lowered its price target to $88 from $112 on HCA, and it seems more than possible that other cuts may occur at the rest of the sector when you see how high some of the consensus price targets are.

ALSO READ: A Free Lunch or Pardon for Makers of Diet Sodas

What has happened, some during the sell-off and some due to health care factor concerns, the hospital stocks pulled back handily with the market. When analysts issue new buy ratings on S&P 500 type stocks, they generally call for upside of 8% to 15% — and maybe 20% upside is more appropriate for most other stocks with Buy ratings. But a minimum upside for the sector go-to stocks of 25%, followed by the rest at 60% to 70% in implied upside, is just too ambitious.

Now that these have pulled back so much, and with a key right-sizing of targets at leader HCA, analysts are simply going to be forced into lowering their earnings estimates or price targets on the stocks in the hospital sector.