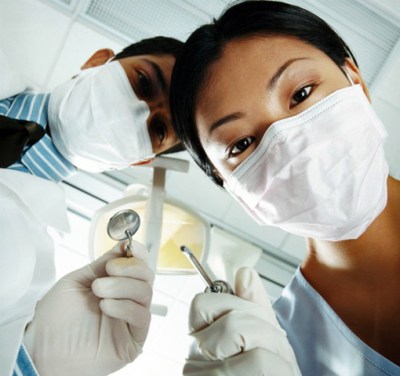 The federal and state governments spend approximately $5,296 a year on medical treatment for each poor and disabled person on Medicaid. Over 58 million Americans are enrolled in Medicaid. These average payments per patient swing widely from state to state, as does the federal government’s contribution to each state’s Medicaid fund.

The federal Medicaid system pays states a percentage of their Medicaid budgets based on per capita income. These federal funds can be as high as 77.1% of the state’s Medicaid spending, as is the case with Mississippi, the poorest state in the nation. The lowest federal contribution is 50%, as is the case for New York and nine other states.

24/7 Wall St. looked at each state Medicaid spending per recipient, and how it relates to the health outcomes in each. We also analyzed the largest individual costs that make up these payments. At the top of this list are hospital care, doctor check-ups, and prescription medications. What this analysis makes clear is how inefficient the system can be, particularly in states with low per capita incomes.

Oddly, the poorest states spend the least on each Medicaid recipient, even though they have the greatest financial access to federal assistance. The majority of these states also have the highest incidences of preventable diseases such as heart disease and diabetes, as well as high death rates from cancer. There are exceptions to this, particularly Washington State and Hawaii. They spend little per Medicaid recipient, get low rates of federal government assistance, and have relatively healthy populations. While it cannot be proved definitively, these two states have more efficient systems if cost and outcome are the two primary measurements.

States that spend a great deal per Medicaid recipient have above average outcomes in most cases compared to other states. This would indicate that money thrown at the problem can be effective, sometimes. Maine and New York have Medicaid payment rates at the highest end of the state scale but have a larger-than-average incidence of heart disease and cancer mortality. That make Washington’s results all the more impressive as it gets better outcomes from a most modest investment.

24/7 Wall St. examined a report released in the health policy journal Health Affairs to provide a profile of the Medicaid system in these states.  The report breaks down how much each state spent per beneficiary on Medicaid between 2000 and 2005. Data bearing on the efficiency of each state system, was taken from the Henry J. Kaiser Family Foundation’s statehealthfacts.org, the Centers for Disease Control and the National Cancer Institute.

The divergence of results makes it clear that when it comes to Medicaid efficiency, there is significant room for improvement in most states, at least as it relates to the health of the people in those states, which must be the primary goal of Medicaid. As the authors of the report explain, “A more in-depth, qualitative analysis of the Medicaid program in Washington State may provide valuable lessons for other states that are interested in increasing the quality of care while reducing costs.” While that is one expert’s judgment, his viewpoint is borne out by the 24/7 Wall St. analysis.

This Is How Many Rural Hospitals Could Close in Every State

This State Is Failing the Most in Vaccine Distribution

COVID-19: This Is the Safest County in America's Safest State

COVID-19: These Are the Only 75 Counties Left Where No One Has Died