US Foreclosure Sales Lower in 2010, But Still High 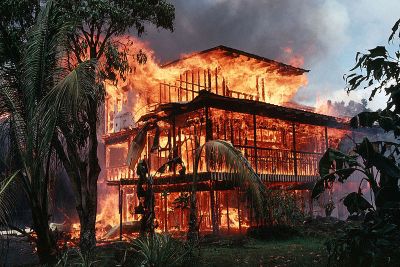 The elimination of the federal home buyer tax credit and the foreclosure documentation issue put a lid on fourth quarter 2010 foreclosure sales, but for the full year, foreclosure sales accounted for 26% of all US sales of residential property. That’s slightly better than the 29% total in 2009, but also slightly worse than the 23% in 2008.

Sale of properties in pre-foreclosure — that is, in default or scheduled for auction — were down 30% year-over-year, and sold for an average discount of 15%, somewhat better than the 17% discount in 2009.

Of the reported states, the number of foreclosures were lowest in Montana, Alaska, Delaware, New Hampshire, and New Mexico. The average foreclosure discount was positive in just one state, Montana, where sale prices averaged 3.08% above foreclosure value.

While the overall trend in the report is slightly positive, the number of foreclosure sales remains very high, and the discounts on the sales prices remains stuck at around 35%. As we noted in our story on housing recovery, there are currently about 2 million bank-owned houses in the US and about 11 million underwater mortgages.

The Obama administration is pushing a plan that would have mortgage servicers write-down the value of underwater mortgages, without penalty to purchasers of mortgage-backed securities. Banks, not the federal government, would pay for the write-downs, which could reach a total of more than $20 billion. All this would do is clear out some of the worst loans, but that is an important first step in cleaning up the devastation caused by the burst housing bubble.