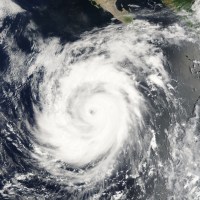 The worst part about hurricane season is that one bad hurricane has no impact on whether or not another hurricane, or series of hurricanes, can be coming back down the pipe.  If you track the NOAA satellite images daily, you might have noticed a large cloud formation coming off the west coast of Africa even before Hurricane Irene hit the Eastern Seaboard in recent days.  That large cloud formation has evolved and it is now Tropical Storm Katia.

Our intent is not to overhype the news like much of the media appears to have done.  Still, it is hard to not notice that this storm system has already developed into a formally named system while it is still located closer to Africa than it is to the Caribbean.  The media will probably play this one up on the “K” angle as it was Katrina that was such a hard lesson for the U.S. before.  Insurers will undoubtedly be watching this system in the days ahead regardless of which letter of the alphabet it has.  What makes this system unique is that the current trajectory is actually heading to what could be some of the same storm-damaged areas as Irene.  That would not be a welcoming event and we would only hope that the trajectory changes to send this up north to just dissipate in the colder waters of the North Atlantic.

Allstate Corporation (NYSE: ALL) and The Travelers Companies, Inc. (NYSE: TRV) have exposure in the areas around North Carolina as well as exposure further up the coast.  The Chubb Corporation (NYSE: CB) has exposure in New York and on north throughout southern New England.  Hartford Financial Services Group Inc. (NYSE: HIG) was on CNBC this week almost talking down some of the damages from the storm, which is a relief to everyone.

Berkshire Hathaway Inc. (NYSE: BRK-B) has insurance and/or reinsurance exposure, and Everest Re Group Ltd. (NYSE: RE) and PartnerRe Ltd. (NYSE: PRE) were also up on Monday after the damages were lower than the reinsurance threshold even while they are all set to raise rates.

Lowe’s Companies Inc. (NYSE: LOW) and The Home Depot, Inc. (NYSE: HD) have slid after a poor confidence number, but they are obvious potential beneficiaries if any real hurricane damage comes.

A new update will be made around 11:00 AM or 2:00 PM EST, but as of now the National Hurricane Center issued advisories on the newly named storm.  This one is still quite a ways out at 535 miles from the Cape Verde islands.  Current maximum sustained winds are 35 knots (40 MPH) and it is moving West-Northwest at 15 knots (17 MPH). If the storm does not peter-out and continues at the same pace, this looks like it would be an issue for the Eastern Seaboard again the weekend after Labor Day.

Again, this is a storm which could change its path or it could just fizzle out all on its own.  We certainly hope it does that or even that it drifts north and just fizzles out in the colder North Atlantic.  We’ll be keeping an eye on Katia in the days ahead.