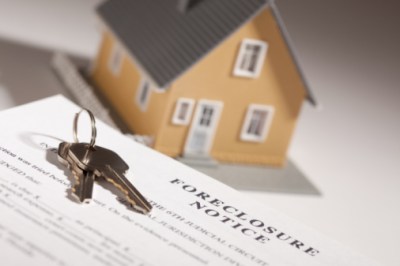 Source: Thinkstock
According to one of the leading research firms in the real estate industry, foreclosures rose in the third quarter:

However, numbers for the latest quarter were much better:

A total of 106,866 U.S. properties had foreclosure filings in September, down 9 percent from the previous month and down 19 percent from a year ago to the lowest level since July 2006 — a 98-month low. September marked the 48th consecutive month where U.S. foreclosure activity decreased on a year-over-year basis.

The markets that have been worst off since the real estate bubble exploded are still in trouble as many of the cities that also suffered. This is particularly the case in Nevada and Florida where, in some areas, home values dropped more than 50%:

States with the five highest foreclosure rates in the third quarter were Florida, Maryland, New Jersey, Nevada, and Illinois.

The data prove, one again, that the rate of the real estate recovery has to be measured region to region. Media and expert comments often run along the lines that national prices have largely recovered since 2007 and 2008. Some proof of this is that prices have indeed risen in many markets, while inventory has fallen. However, these are blanket statements arising from information based on averages of the market across the United States.