The Bullish and Bearish Case for GE in 2014 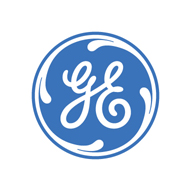 Source: courtesy of General Electric
General Electric Co. (NYSE: GE) had a great 2013. The conglomerate’s stock turned in a total return of almost 38%. That is well above the Dow Jones industrial Average’s gain of 26.5% and better than the S&P 500 gain of 29.6% in 2013. Now 24/7 Wall St. is looking at the bullish and bearish case for 2014 for GE and all other DJIA components.

There are many macroeconomic factors to consider for GE, as well as company specific issues. Most Wall Street strategists are forecasting higher price targets for the S&P 500 and the Dow, and the rising tide should lift most ships, including GE. The Federal Reserve is tapering its bond buying, and the hope is that the rise in interest rates will not be high enough to derail the recovery. The world markets outside of the United States are also exiting their recessionary trends, and U.S. gross domestic product is expected to tick up.

The outlook for GE is that investors are looking for more upside in 2014. Its gain in 2013 was strong, but lagging the gains of DJIA conglomerate rivals United Technologies and 3M. Where GE shines is in its current dividend yield of almost 3.2% for 2014. This dividend was just raised in December, and by more than what we were looking for.

The bullish case for GE is that it is spinning out the U.S. Consumer Finance operations of GE Capital. Its aim is get evaluated as an industrial conglomerate rather than as a conglomerate mixed with a consumer bank. GE’s mega-cap valuation of $278 billion is well above its DJIA rivals as well, and the company has the most impressive dividend among its peers. GE is likely to not over-leverage either, as most deals it is making are bolt-on acquisitions.

GE’s bearish case is one in which the rising interest rates can squeeze it, and GE’s exposure to developing markets could lag. Another risk is that Wall Street may refuse to endorse the spin-out of the consumer finance unit, although that does not seem to be the case today. It also has been some time since GE made any sizable acquisitions, and despite the telegraph that most acquisitions will be bolt-on deals, we would point that old habits are hard to break.

The long and short of the matter is that GE’s stock acts as though it wants to keep rising. Jeff Immelt is also taking on the restructuring efforts where he can. The highest price target for GE is now $32, and it seems that GE could get to $30 rather easily if the stock market cooperates.