The Bullish and Bearish Case for United Technologies in 2015 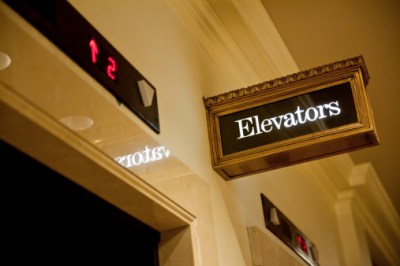 Source: Thinkstock
What will investors look for in 2015, now that the bull market that is almost six years old? Stocks have risen exponentially from the selling climax bottom in March of 2009. In 2014, the Dow Jones Industrial Average rose 7.5% and the S&P 500 Index rose 11.4%. While those index performances do not account for individual stock dividends, investors have to consider valuations. United Technologies Corp. (NYSE: UTX) closed out 2014 at $115.00, for a gain of 3.2%, including its dividend adjustments.

24/7 Wall St. has undertaken a bullish and bearish case to evaluate both sides of the coin to see what lies ahead for United Technologies (UTC) in 2015. One key consideration for the year ahead is that UTC’s forward earnings multiple of 16 is not high compared to the broad market, but expected sales growth of 4% in 2014 and 3% in 2015 is not a great growth story.

UTC’s earnings multiple is higher than GE’s, but lower than 3M’s. Still, UTC’s latest analyst meeting came with some concerns about the future of the company’s jet engines business. At the start of the third quarter of 2014, Deutsche Bank named UTC in its top picks for the fourth quarter and for 2015.

UTC still has many operations that act as wild cards. Defense and aerospace come with big upside price tags when new deals are announced. That also sets up a potential for order gaps to lower expectations as well — and an ever stronger U.S. dollar is not helping any large multinational in overseas orders.

Another wild card is that the company has a new president and CEO, along with a new chief financial officer. This could go either way, even though we have UTC’s guidance for sales to grow 3% to 5% in 2015 and for 2015 earnings to grow to $7.00 to $7.20 per share from about $6.80 in 2014. What if the new team decides to start unloading less profitable divisions? What if they decide to go after bolt-on acquisitions, or to make major acquisitions?

ALSO READ: The Bullish and Bearish Case for Caterpillar in 2015

After a dividend-adjusted performance of 3.2% in 2014, UTC’s total expected upside this year, with the dividend included, is expected to be 8.5%. That implied gain is lower than that of General Electric, but it would exceed the expected gain of 3M.