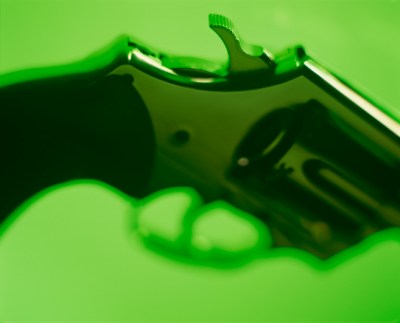 Source: Thinkstock
Smith & Wesson Holding Corp. (NASDAQ: SWHC) reported third-quarter fiscal 2014 earnings after markets closed on Tuesday. For the quarter, the gun maker posted diluted earnings per share (EPS) of $0.35 on revenues of $145.9 million. In the same period a year ago, the company reported EPS of $0.26 on revenues of $136.24 million. Third-quarter results also compare to the Thomson Reuters consensus estimate for EPS of $0.29 on $142.7 million in revenues.

S&W bucked the recent trend among gun makers for missing estimates on weak sales. Sturm Ruger & Co. (NYSE: RGR) posted increases to both revenues and profits, but still fell well short of estimates when it reported results last week. To prove a point — firearms and ammo sales at Cabela’s Inc. (NYSE: CAB) were said to be down 50% in just the first six weeks of 2014 compared with a year ago.

We maintained our focus on increasing market share of our Smith & Wesson M&P polymer pistol family of products and thereby delivered handgun revenue growth of nearly 30% … Our financial results were highlighted by our delivery of double-digit growth in net income and the ongoing expansion of our gross margins, all while we continued to drive a number of initiatives designed to strengthen our business and return increased value to our stockholders.

S&W handily whacked estimates for the third quarter, much to our surprise. But the company’s revenue forecasts for next quarter and for the full fiscal year are right in line with the consensus estimates, leaving S&W with little room for error.